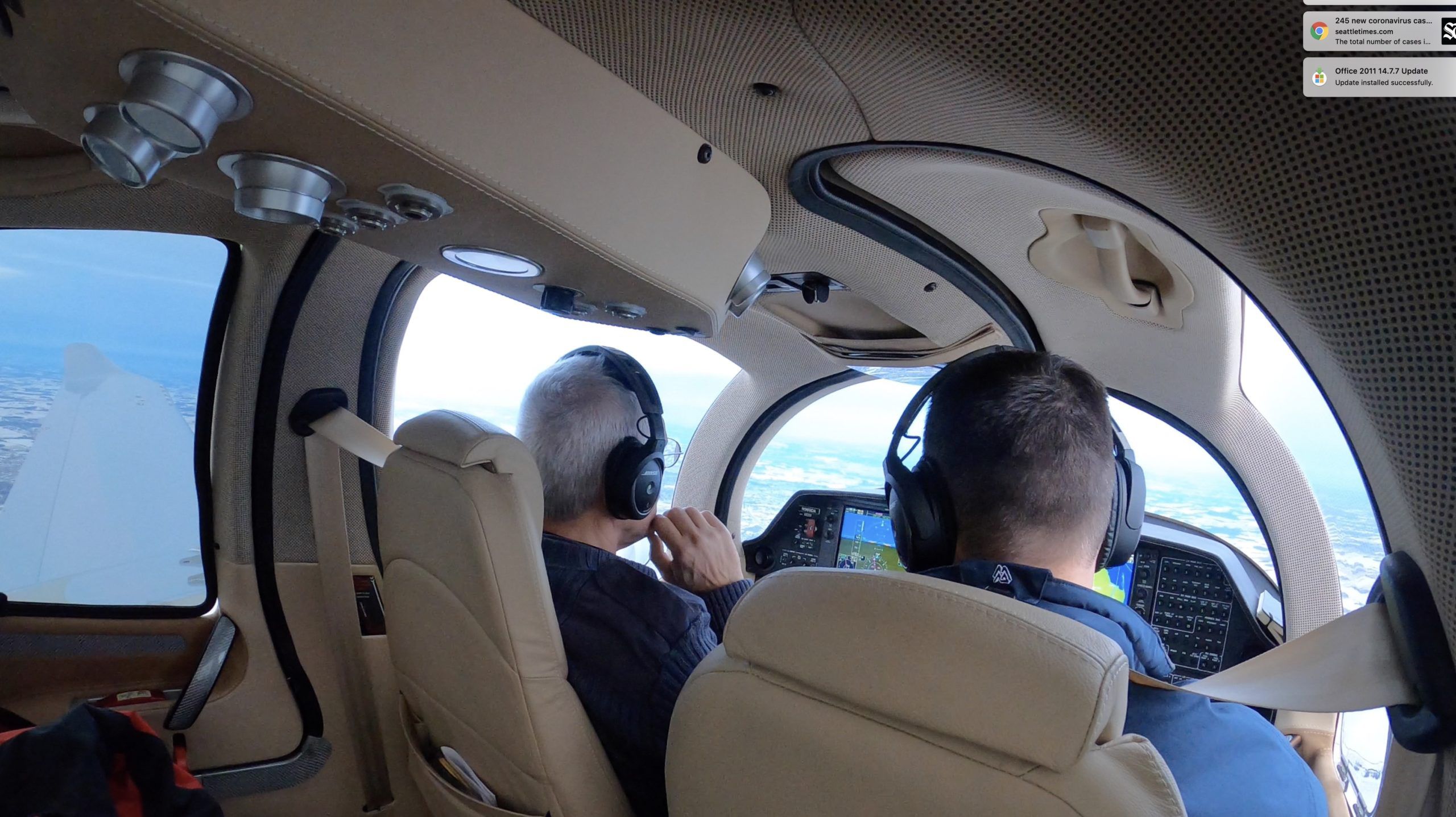 It’s embarrassing. I’ve been a pilot for over 45 years, learned to fly at a military airport with a control tower, and mumbled through an ATC career that ended in don’t-let-the-TRACON-door-hit-you-in-the-butt-on-the-way-out. Despite that resume, I still fumble when using my own voice, a seemingly innocuous instrument comprised of hot air and virus droplets. As with other pilots—and controllers—I periodically engage the mouth prior to the brain. I’ll suggest a highish-tech remedy momentarily.

Much of what’s said in flight is anticipatory and repetitious, including what instructors say to students. Two mantras are embedded in my graduates’ subconscious: “Right rudder, right rudder ….” Good for a variety of scenarios, especially tailwheel. I rarely think before invoking; just comes out whenever the nose pitches up. The communication mantra is, “look, listen, think, talk.” That fourth being of least significance, therefore should be limited if not banned.

Emphasizing the obvious, when departing from a non-towered airport the pilot should look for traffic (think Plexiglas, not solely ADS-B In) and listen to the CTAF blather for any hint of intruders. Here it gets tricky. Before making your move onto the dance floor—think. Just like high school, are you really as cool as you think you are?  I never was and still bear the acne scars. Think what you’re going to say before saying it. And only then, talk. If you can’t think, then say nothing. Transmissions that begins with, “um,” “uh” or phlegmy throat-clearing indicate you skipped the think step.

I’ve violated thinking both as pilot and controller, and in quarantine, have analyzed how stupid I can sound. One problem is I switch between airplanes and will key the microphone with no idea what to call myself: “… Citabria, er, no, Cessna … Wait, there’s a low-wing, so, maybe, Cherokee …?” Once, when ferrying a Cessna 150, I called ground control for taxi. With the mic button depressed I discovered that the callsign wasn’t placarded on the panel. Maintaining the hot mic, I opened the door to read the N-number on the fuselage, only to discover they were in that stupid 3-inch font tower controllers despise. “I’ll call ya back,” I said and climbed out to read the numbers on the tail. Embarrassing? Sure, but no showstopper. Thankfully, with ADS-B, controllers know who you are before you do. It’s kinda creepy.

Here’s my high-tech pitch to Garmin. Autoland has garnered well-earned press, offering the possibility to not die after stumbling to the edge of one’s comfort envelope, or should the pilot have truly died, it will safely return inconvenienced passengers to Earth. Good stuff that Autoland but not good enough. Let’s expand that technological concept into pilot/controller communications or the freebasing CTAF, aviation’s equivalent of an unmoderated conference call.

Most of us will, at some time, get brain-tied babbling on frequency and wish someone had taken a hint from Galaxy Quest (great movie) and marketed a redo feature that can wind back time, perhaps 10 seconds to undo the error. As a controller I could’ve used that feature. Like the time (so embarrassing) when I was vectoring Citation N900GC to a final approach course, and slightly overwhelmed with other traffic, I instructed the Citation to “turn left heading, Zero Golf Charlie.” The response was the rare occasion when a transmission beginning with “Um,” was appropriate: “Um, say again …?!” A do-over would’ve been nice.

I believe corrective comm technology is the next best thing. If Autoland can mitigate an in-flight fiasco, why can’t there be a two-way comm Autocorrect? Like when your iPhone automatically changes words you typed with weird stuff that baffles the receiver. Utilizing a complex algorithm that I wouldn’t understand,  AvAutoCorrect™ will anticipate what you meant to say, based on all the possible things that should’ve been said and inserts the ideal words, not into your mouth where they would do no good, but straight into the transmitter.

Example: You’re wrestling through an IPC (Instrument Proficiency Check), with flatscreen inputs flatlining your brain as the CFII says, “Request the ILS.” So, you do, and ATC asks, “How would you like your approach? Own nav? Scrambled? Over-easy? Would you like a missed approach and toast with that …?” At least that’s how your brain’s interpreting things, since you skipped breakfast, leaving you hypoglycemic and so far behind the airplane it could crash, and you wouldn’t arrive at the scene for at least 30 minutes. Sensing your inaction, AvAutoCorrect™ will select the appropriate choice for you and answer ATC in a soothing male, female or gender-ambiguous voice, e.g., “Request vectors to final.” I’m hearing Ingrid Bergman from Casablanca in this voice role.

Ever since Apollo 13 (both the mission and the even better movie), “Failure is not an option” has guilt-slapped aviation. Frankly, possibilities for screwing-up are limitless as are solutions when underachieving minds are in quarantine too long. With technology the human can be isolated—in a manner so as not to offend—from decision-making and thus guarantee (music up) the smooth flow of traffic in the National Airspace System (NAS).

Hal, the enigmatic computer in Arthur C. Clarke/Stanley Kubrick’s, 2001: A Space Odyssey (our final cinematic allusion), aptly made this point 50 years ago. His diabolical, “I’m sorry, Dave, I’m afraid I can’t do that,” to the hapless astropilot, Dave, who mistakenly thought humans should be in command of spaceships, wasn’t a warning of technology besting humanity. It was a promise. And with AvAutoCorrect™, a promise that could soon be kept, if we’re not too embarrassed to accept the challenge to do nothing in the face of adversity.

Assuming AvAutoCorrect™ didn’t team up with Hal’s descendants and kill us first, I was anticipating the rollout of AvAutoCorrect™ during AirVenture this year at Oshkosh. My iPhone, though, just reminded me that the future is not in my hands … which I now need to wash, or the phone will release embarrassing photos of me from the Senior Prom. “The horror … the horror ….” (Okay, that’s the final movie nod.)