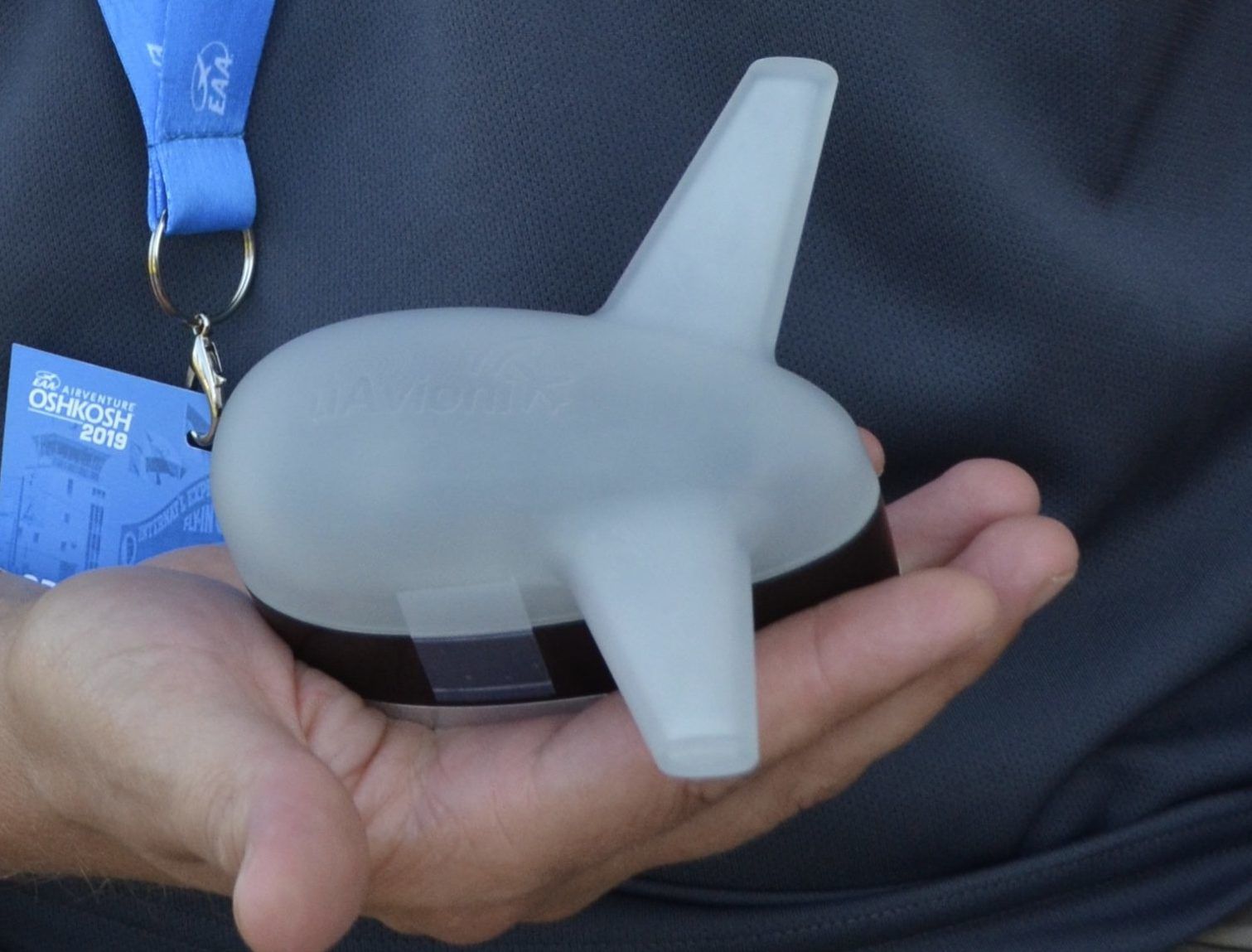 The uAvionix booths at this year’s Airventure were packed layers deep with last-minute ADS-B buyers, while the 2020 mandate is T-minus 28 weeks. But high on the list of ADS-B equipage concerns is the developing ADS-B space-based Aireon tech in Canada (and the U.S. aircraft that will fly there), which looks to require diversity systems, or those with dual antennas. The effort to install that second antenna could easily blow a “budget” upgrade for simpler aircraft—a market that uAvionix has essentially taken over with its skyBeacon and tailBeacon products. So with a clever but obvious tech redesign, uAvionix is testing a second blade antenna on the current single-antenna style skyBeacon design.

Like the original skyBeacon, the skyBeacon X is an LED position light replacement, but has an integrated 1090ES transponder (and WAAS GPS), plus a baro altimeter. The company says it might be ready in 2021, and it hasn’t mentioned pricing, but uAvionix President Christian Ramsey hinted it will budget-based. “We specifically designed the skyBeacon and tailBeacon to target a low cost of installation, and we are doing it again with the skyBeacon X,” he said in a news release.

uAvionix reiterated that back in January 2019, NAV Canada announced it will be implementing ADS-B airspace performance requirements in three phases. Phase 3, to be implemented no sooner than 2023, is the biggest impact on GA operations and will require ADS-B Out systems with two antennas—one on the top and the other on the bottom—of the aircraft. Don’t overthink the tech: Since Aireon is satellite based, an antenna on the bottom of the aircraft won’t do much for performance, or specifically, the aircraft’s ADS-B Out data update rate. The skyBeacon X testing, so far, shows that the new design can work well out on the wingtip for both ground and satellite signals.