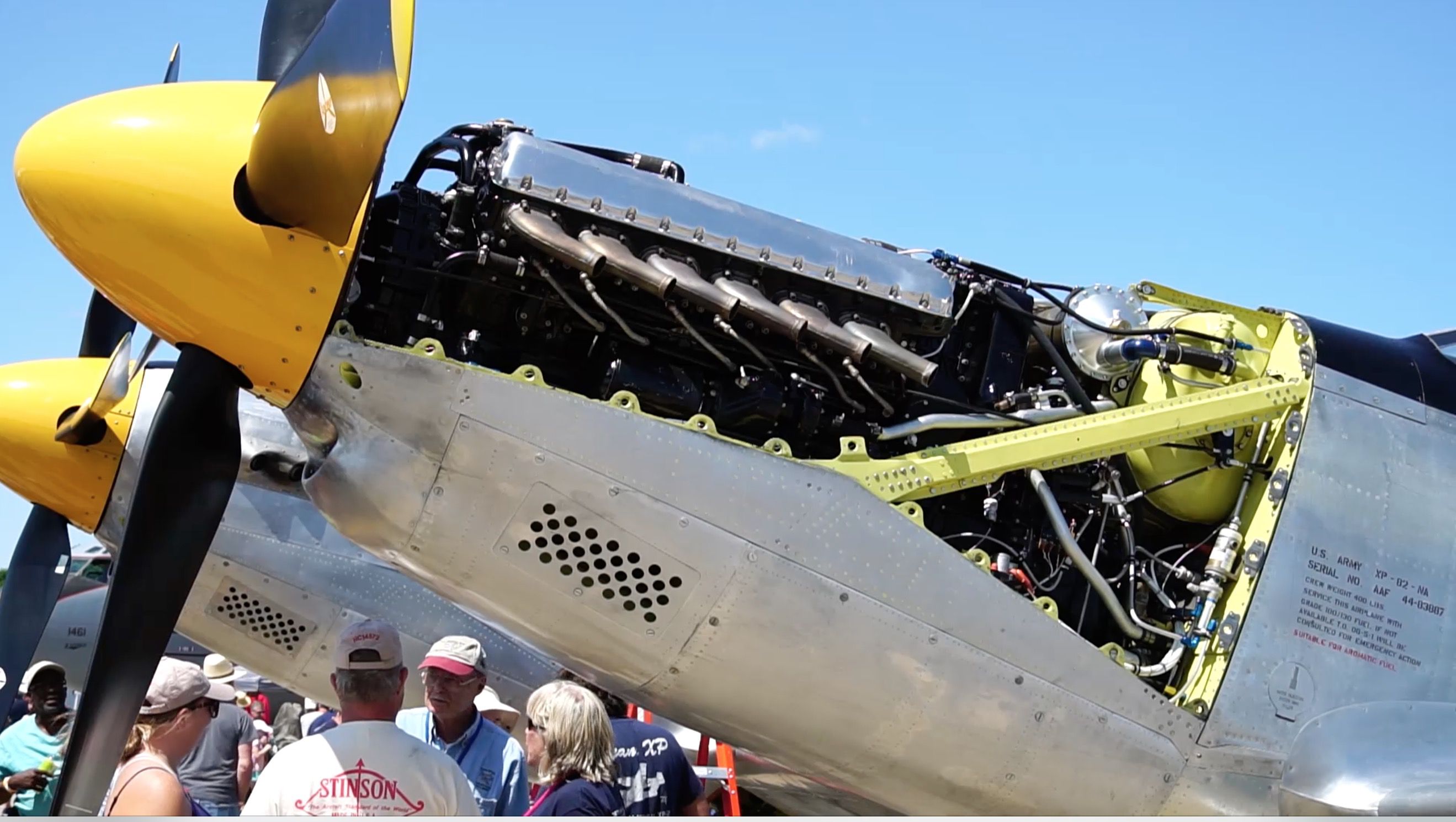 A persistent fantasy among those of us in aviation—or vintage cars, or motorcycles, or boats—is to find the pristine, never-used object of our passion stored away in a barn somewhere, just awaiting discovery and sale at a cheap price.

It does happen from time to time, although the pristine part is a stretch. Tom Reilly may own the mother of all barn finds in the Merlin engine he located for his XP82 Twin Mustang restoration that’s gathering admirers in droves here at AirVenture this week. When I was shooting this video on it, I could hardly believe the story.

The XP82 appeared at the end of World War II but saw no combat service until Korea. It wasn’t built in large volume—272 total—and it had a checkered manufacturing history. The first part of the production run—22 airplanes—had Packard Merlins, the rest were powered by the Allison V-1710-100. For the Packards, the right engine was left-hand turning, rather than the standard right turning.

Reilly said only 40 of these engines were built out of nearly 150,000 total Merlin variants manufactured. Reilly said his scouring of the planet turned up a new one in a box in a garage in Mexico City, a find so improbable as to defy belief.

Yet it happened. And you can see it hanging on the right fuselage of the XP82 at Oshkosh. What determined restorers like Reilly—who’s well known in the warbird community—do is one of the most remarkable stories in aviation.

Although it’s the biggest fly-in trade show and convention in the world, most people get to AirVenture by driving. So many arrived this week that the parking lots overflowed and additional spaces down by the museum were pressed into service. It feels like there are a lot of people here. You can talk yourself into believing the gate is way up, but the official count will have to wait until the show ends.

One thing’s for sure, the traffic is snarled getting into the show grounds in the morning. I’m not sure if it’s the worst ever, but it’s as bad as ever. EAA and the city of Oshkosh do a terrific job in keeping the flow going with what pavement they have, but I have a theory on why it gets backed up.

Tom Vanderbilt wrote a book called Traffic in which he explains how roadways choked with cars reach their limits and slow down. It’s the same reason the pressure goes up and the volume down in a garden hose forced to carry too much water. On a road, the slightest obstruction will slow things to a crawl.

That slight thing here is the motorist who stops to ask the gate checker a question and gets a 30-second answer while the traffic piles up behind. It’s surprising how often this happens. If it’s every 10th car, the delay piles up until it’s bumper to bumper in Green Bay.

If I were King, I’d encourage the volunteers to act as strategic corporals and pull the car off to the side so cars behind could keep rolling. Maybe what they need is a small penalty box to move the car out of the way so the volunteer can answer the question and no one gets held up. Just a thought.

Another thought: EAA gets the above-and-beyond award for sending vacuum trucks out to suck up mud puddles to accelerate drying in camping and parking areas that desperately needed it. If you need a reason why this is the king daddy of aviation events, that’s one.