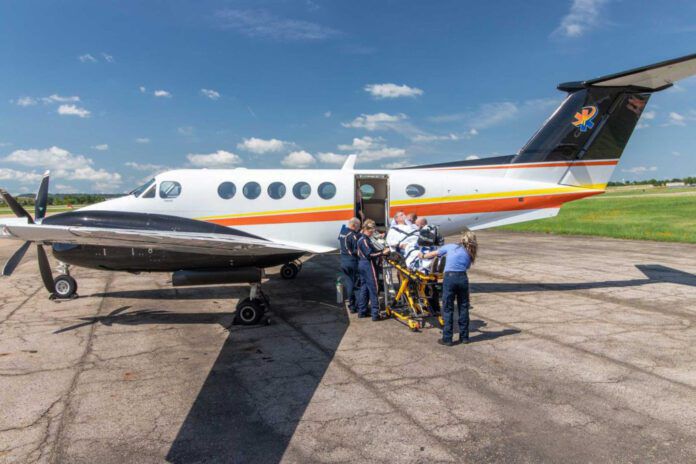 A Physicians Air Transport King Air 200 medevac aircraft was hit by a bullet while parked at Hawkins Field in Jackson, Mississippi, on Monday and local officials didn’t seem very surprised. Apparently a dispute over the city’s garbage collection contract has led to people on the ground taking potshots near the airport “I don’t think it helped that they put the garbage trucks on the airport’s property. It’s a lot of hate now for the airport, and some are shooting guns at planes and that isn’t the answer,” city councilman Kenneth Stokes told WJTV. He called for more police enforcement.

Meanwhile, the company that owns the airplane says it’s likely out of action for a while and suffered hundreds of thousands of dollars in damage. “A random shot was fired from about 700 feet that way on the eastern boundary of Hawkins Field, and the trajectory hit this airplane on the upper cowling,” said David Hood, a pilot with Physicians Air Transport. Hood said the plane will likely be out of action for an extended period and that will hurt health care in the region. “We missed a lot of flights because of this, and the chance to help a lot of people, and it’s going to be down for I don’t know how long,” said Hood.

An earlier version of this story, based on an early report, said the aircraft was in the air when it was hit. A later story from another news source says the aircraft was in a hangar. The bullet went through the cowling and hit the engine and damage is now estimated at $250,000.