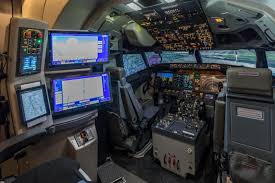 Airlines got mixed messages about the return to service of the Boeing 737 MAX last week. Early in the week, Boeing said it was predicting the plane wouldn’t be ready for passengers until at least June. On Thursday, FAA Administrator Steve Dickson huddled with the CEOs of the U.S. airlines affected by the grounding of the MAX and praised Boeing’s progress on the outstanding issues, telling them he thinks it might be ready before the middle of the year. “The agency is pleased with Boeing’s progress in recent weeks toward achieving key milestones,” the agency said in subsequent news release.

The crystal balling might all be moot if the FAA follows through on Boeing’s earlier recommendation that simulator training be required for MAX pilots. The recommendation sent airlines scrambling to find sim time on the handful of MAX-specific simulators scattered around the world. In North America, besides the eight sims owned by Boeing in Seattle, Air Canada has one and Southwest has reportedly added three. One of the selling points of the MAX was that sim training wouldn’t be necessary for pilots typed on the earlier generation of 737s so few airlines bought the expensive machines. CAE has said it’s building dozens of MAX simulators on spec in anticipation of the demand but crew training is expected to slow the return to service.

An earlier story incorrectly said Air Canada had the only airline-owned MAX simulator in North America. Since the grounding of the type, Southwest has purchased at least three according to a reader who contacted us to correct the story. Southwest has not responded to our request for confirmation.