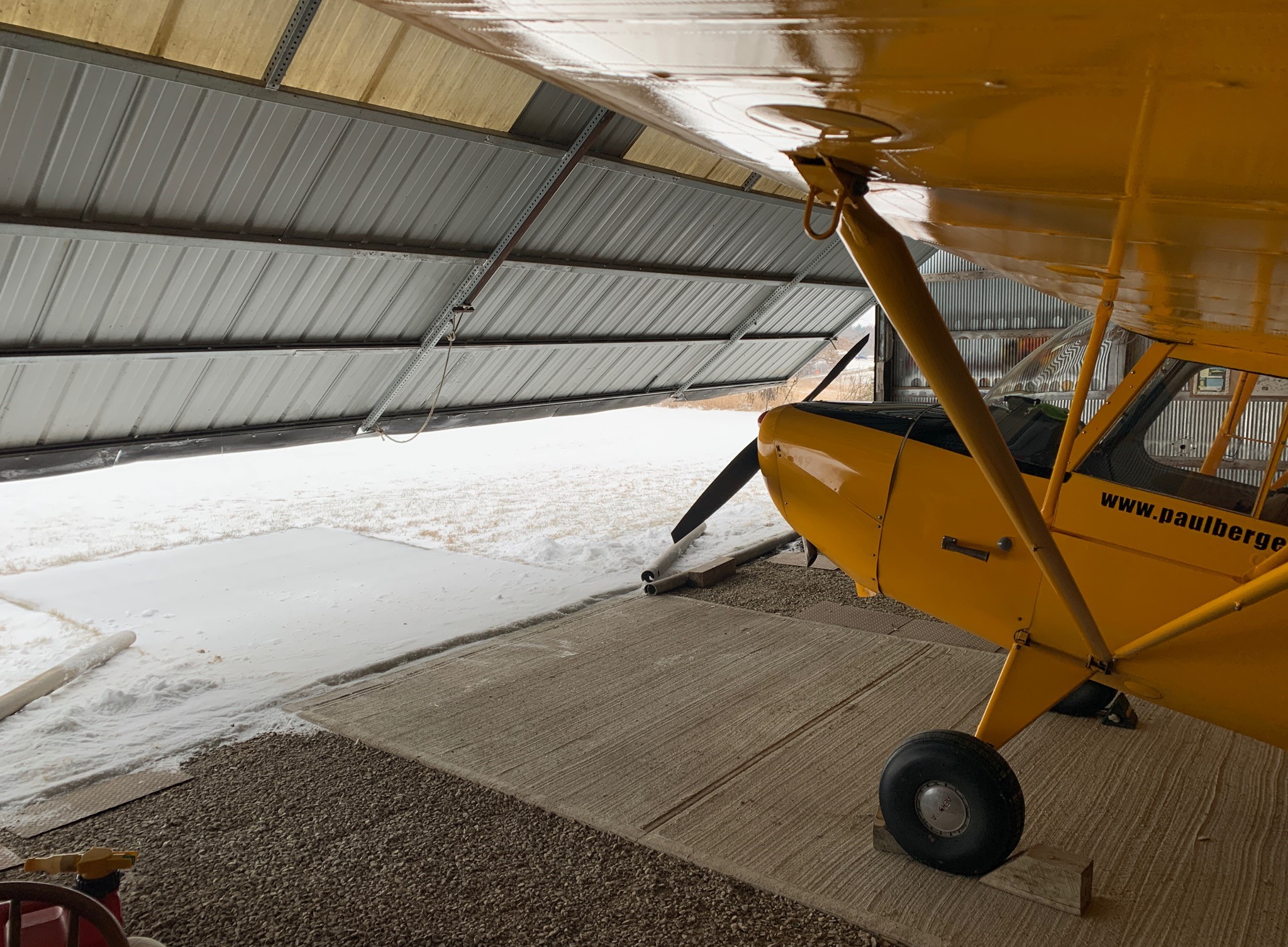 In Peter Mayle’s 1989 memoir, A Year In Provence, a naïve British couple purchased a bargain home in France, unaware that it was cheap, because it faced north, away from the sun. That winter they learned how unwise their relationship with the Earth’s furnace 93 million miles away was. I have a similar history with my north-facing Iowa hangar at 41 degrees north of the equator.

Lakeland, Florida, by comparison, is 27.6 degrees north of the planet’s sweat band and smugly claims to be the apogee of sun and/or fun. Proof being, if you glaze over the upper Midwest and apply a northerly breeze, everything not anchored slides into Florida or Texas. A gentle riddance, those of us with our hangar doors frozen to the heaved ground, say, although no one can hear us, because our faces are swathed in wool, and potential listeners with any sense have flown south until April for opening day of tornado season.

Hope springs pathetic during the dark months with coping mechanisms for successful flight that vary depending on how maniacally north one goes. Flying in winter is not, by itself, dangerous; in fact, once airborne, it can be nearly acceptable, assuming the cabin heater works without asphyxiating everyone on board with invisible CO gas. It’s the ground portion that stinks, beginning with preflight inspections on icy ramps or refueling with a nozzle that sticks to exposed flesh (FAASTeam Safety Tip: Never press your tongue to a fuel nozzle at temps below 0°C).

Iowa, where I shiver in resignation between December and March, is cold in winter. Often stupid cold. Anticipating righteous “Harrumphs” from readers, I’ll admit that stupid is in the frosted eyes of the beholder. In Vermont, Wisconsin or states ending in “ota,” cold is worshiped—or at least rationalized—whereas Iowa, being located further south, offers the illusion of slightly warmer days, imbuing residents with guilt for not appreciating winter’s wonder whatevers.

I’ve tried flying on skis but failed miserably when I forgot that skis don’t have brakes. I’ve flown in unheated cockpits to Winterfest Chili Feeds where pilots tuck into Hormel unknowns in Styrofoam bowls and fly away contented. Unable to adapt, I’ve questioned my winter choices since leaving California 36 years ago. But I refuse to regret the move, despite fond memories of the Winteresque Zinfandel Fly-In at San Luis Obispo airport, which averages 287 sunny days per year and (be still my heart) no snow. Perhaps, I merely dreamt that in a near-death freezing experience.

I reflected upon my choices recently after dropping my hangar key into the snow. Even when numbed fingers manage to select and insert the correct key into a lock, the tumblers might not tumble, because it’s too bloody cold. Smarter pilots divert south, but some of us carry our CAP cigarette lighters to warm the key before inserting into the lock, which is why I’d dropped the key after overheating it. Despite minor setbacks, we take comfort in the plusses that frigid temps bring, such as fewer insects on the windshield and climb rates approximating numbers found only in sales brochures. Advantages noted, I’ll suffer bug guts and doggy performance if winter would simply die and with its last wintry gasp, know that I conspired in its demise.

Winter won’t die, but technology may yet save us. I recently saw an ad for a lock that requires no key. Simply pressing your finger to a pad, allows a cyber thing to scan and transmit fingerprints to a satellite, which flashes your digitized ID to a committee of North Korean unlockers, and after determining your worthiness to enter—Click! —all doors open. Whereupon UGG-booted TSA troopers swoop in astride black snowmobiles to haul you to winter reeducation at Fort Drum, N.Y.

Intriguing, except the ad said the lock was tested to -4°F, which I guess means it decides when I fly. I admit that’s genius, because operating an unheated Champ at five-below (F or C; really doesn’t matter) is just silly so being locked away from my own insane desire to fly regardless of temp seems wise … below the 44th parallel, anyhow.

Sanity was tested recently on a clear day after freezing drizzle had welded my hangar door to the ramp, and yet I was determined to fly. The three hours it took to chisel the north-facing door free allowed time to preheat the airplane and to glance with envy at my neighbor’s hangar door across the taxiway. It faces Dixie so was ice-free, a mocking reminder of how ignorant I was decades ago when I blithely accepted the northern exposure slot.

When finally, my hangar door broke free of the ice grip, I felt like Antarctic explorer, Sir Ernest Shackleton, whose ship, Endurance, became locked in the ice at the bottom of the world 100 years ago, but through his determination to press on despite the cold, he … um, actually, the ship was crushed by the ice, leaving Sir Ernie and crew to walk out, so perhaps not a good analogy here.

Still, determined as I was to fly in defiance of nature, I cranked high the hangar door, only to reveal an expanse of untreated ice on the ramp, where I would stand to hand-prop the airplane, unassisted. About as safe as juggling machetes atop a Zamboni spinning doughnuts across a hockey rink.

Defeat was imminent when my hangar neighbor from the sunny side of the taxiway appeared and, sipping an iced tea, called, “Face it, old boy, if you want a south-facing hangar, build one on the North Pole.” Then, effortlessly opened his south-exposed door, rolled his Cessna onto sun-dried concrete and taxied away as though winter adversely affected only those of us doomed to the eternal shade of ignorance about how sunshine works. Little does he know.