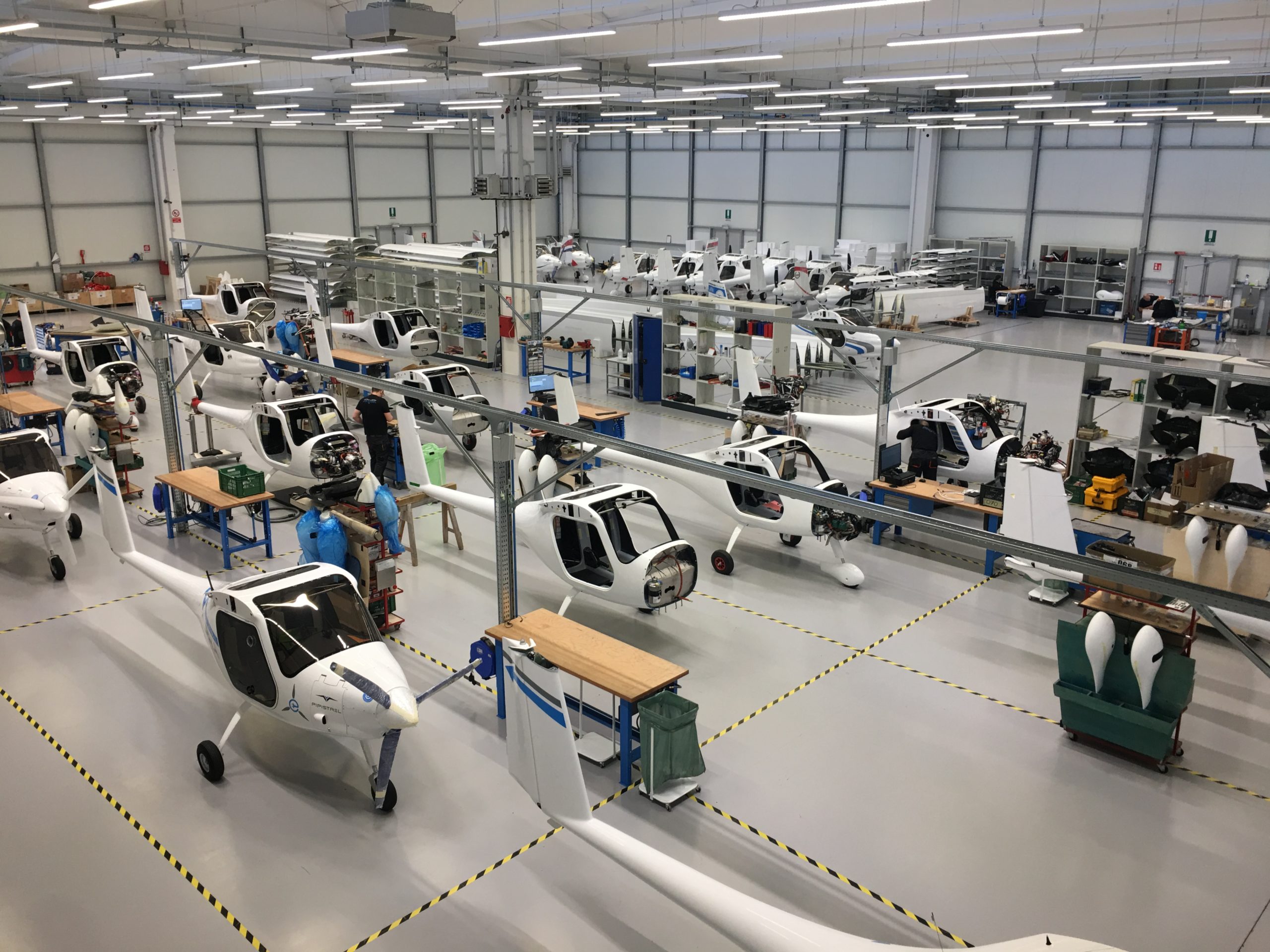 Muucho Kudos to Pipistrel. They recognized a legitimate aviation niche market, designed an airplane and power-plant combo to fill it, certified and built it, and are selling, building, and delivering those airplanes at a profit. No pie in the sky hype bolstered by virtual reality video by companies who have yet to build or fly anything beyond a computer animated version. Customer response has been excellent. How many GA aviation companies, global or domestic, have been expanding production facilities to meet an increasing demand?

It takes vision, genius, and courage to put into production anything that admittedly has some technological limitations (batteries at this point), yet has demonstrated enough ROI at this level of development to warrant continued production with the inevitable refinement that comes from real world experience. To see this happen in aviation is one of the best stories of recent years. So many in GA seem to be sore winners. Why?

Pipistrel is meeting much higher regulatory demands that are part of European aviation. Flight schools in the US stand to be huge beneficiaries of this process of engineering, development, real world experience. Since the FAA is still busy putting out the MCAS certification brush fires and the PR nightmare that has resulted, we need to be thankful Pipistrel is cutting it’s electrical developmental teeth in Europe rather than the US.

When the FAA gets it’s collective, bureaucratically bloated heads out of their equally collective, bloated, tax-payer funded posteriors, and wakes up to the refinement of electrical aircraft power that Pipistrel has already demonstrated and will continue to refine and certify in Europe, the FAA will be able to generate some realistic, useful, and viable regulation for US flight schools and the US GA electric powered flight developmental landscape. We in aviation, all win from Pipestrel’s accomplishments.

Advancements in technology allow for more efficient materials and components. Thermoplastics, electronics, engines, electric motors, power sources – gadgets that convert power into motion more efficiently. At a point in time, creative minds put advanced components together. The Pipistrel Alpha Electro is the product of advancements in technology in a challenging and competitive marketing environment. Interesting concept. But, a $150K aircraft, VFR only, with sixty-minute airtime and a 70 NM range limit is a questionable investment. Will the overwhelming majority of U.S. flight schools support the Pipistrel Alpha Electro? Not yet. Not until the development of a more efficient and safer battery pack with double the existing operational life is available.

If they deliver 72 electric aircraft in the next year, they will have out sold every piston single with the exception of the Piper Warrior III and SR22T (but even these won’t be ahead by much). Even if they only deliver 48 (4 per month they’re producing now) they’re still in the top 5 relative to piston singles.

As much as you armchair experts don’t want this thing to be successful, people are buying them, and that’s really all that counts. Put your fingers in your ears and scream as much as you want. The people buying these aircraft don’t care what you think.

Great article! Personally, I always call. Even if the weather is better than I want, I still call. Maybe I’m too lazy to do it myself, but I am not a weather expert nor do I want to be. I’d rather spend the time learning other things related to aviation. Weather is a huge aspect of flying so yeah, I log in to Leidos, look for TFRs (I’m in south florida and lately, its the norm) and any other big potentials, but I want to hear of any late NOTAMS, Pireps, and any gotchas that would scrub a VFR flight. I gotta drive to the airport, and I make use of the drive by calling and so it doesnt take any time from me. Also, I’ve learned a few things in life [1] want good legal advice? Get it from an attorney and not by reading an article on attorney.com.

Also, if we all stop calling, they will reduce the number of briefers. And like all other services in the U.S. we are getting cheaper and cheaper till the internet replaces more bodies… Not to my liking, personally.

Poll: Do You Think SpaceX Will Make a Manned Launch This Year?