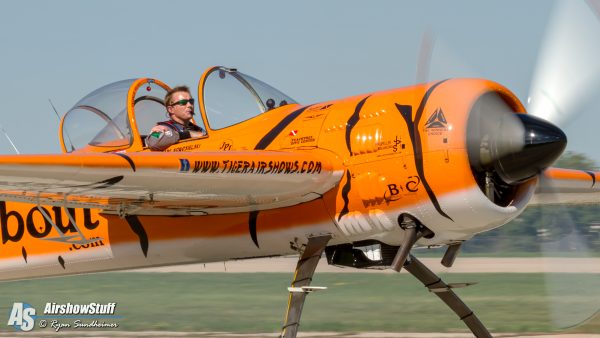 Airshow pilot Mark Nowosielski and his passenger Nathan Sorenson died in the crash of the Mustang II homebuilt they were flying in Coweta County, Georgia, on Saturday. Nowosielski was part of the Twin Tigers team with Mark Sorenson, who is Nathan’s father. The two had flown from Florida where it was reported that Nowosielski had just bought the Mustang II, a high performance two-place kit aircraft.

The Twin Tigers flew Yak 55s in a variety of acts that earned Nowosielski the Bill Barber Award for Showmanship last year. He was a Southwest pilot as was Sorenson, who was the owner of the airshow team.