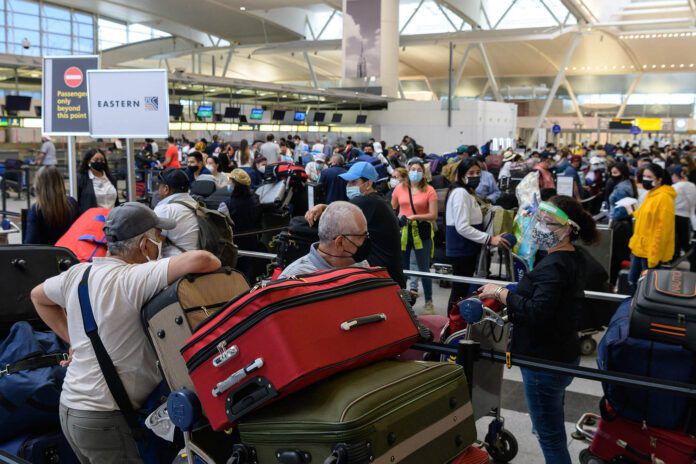 Transportation Secretary Pete Buttigieg says he will monitor airline performance over the July 4 weekend before making any decisions on government action on the persistent travel woes encountered by millions of passengers this year. Buttigieg’s commercial flight from Washington to New York was canceled a day after he met virtually with airline executives. He ended up driving. “That is happening to a lot of people, and that is exactly why we are paying close attention here to what can be done and how to make sure that the airlines are delivering,” Buttigieg told The Associated Press. The meeting was held to hear the execs’ plans to curb the chaos that has gripped the industry at times over past few months and reduce the delays and cancellations that have become common throughout the country.

Buttigieg was particularly interested in avoiding the mess that resulted from 2,800 flight cancellations over the Memorial Day weekend, and the CEOs described the steps they’re taking to prevent similar circumstances over the Fourth weekend. “Now we’re going to see how those steps measure up,” Buttigieg said. Those steps almost certainly involve canceling flights to ensure there is enough staff to handle the flights that do operate. The FAA and TSA are also short-staffed and that has contributed to the issues.