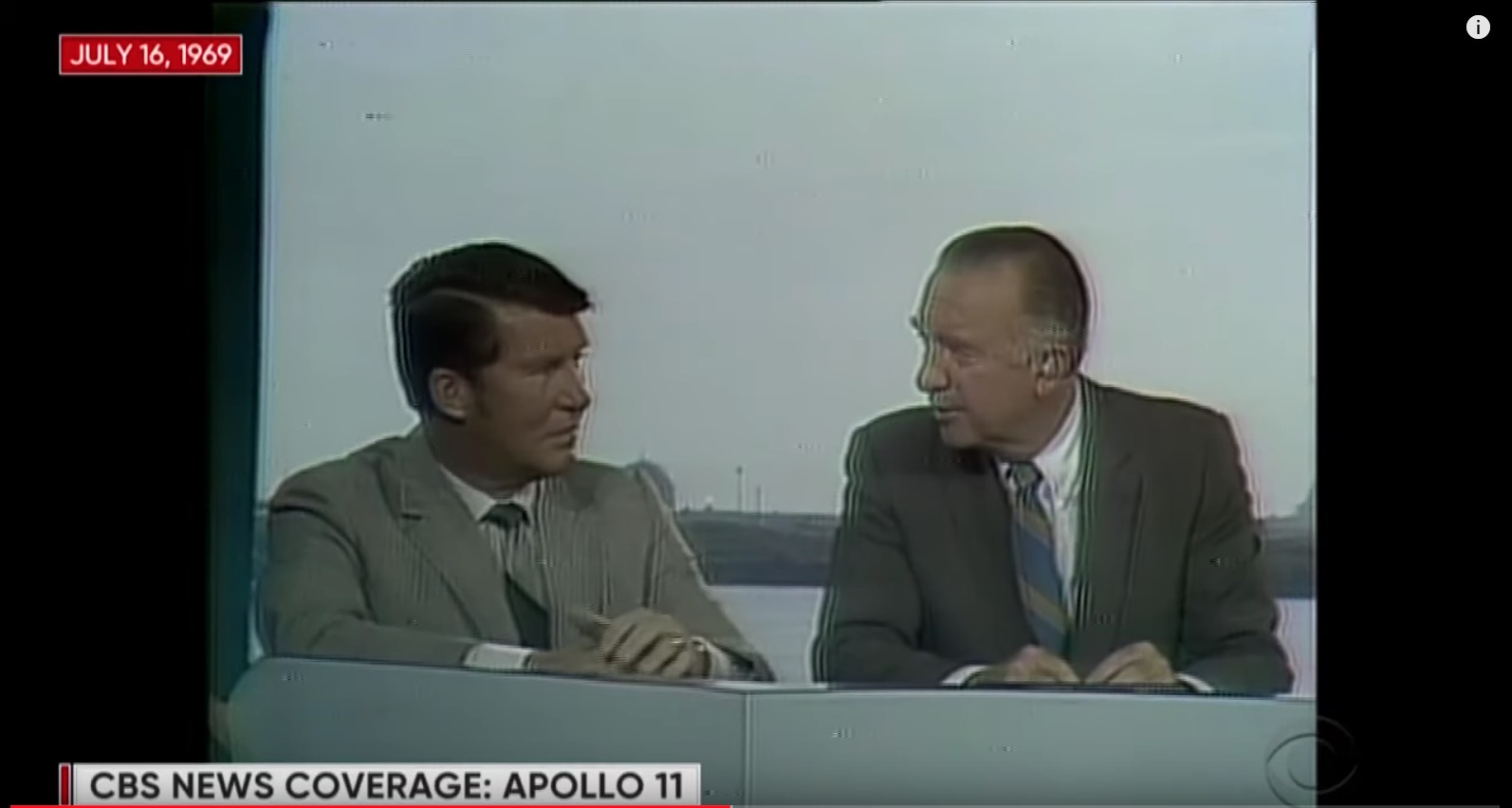 In commemoration of what many have called man’s greatest adventure, CBS news is live streaming its original coverage of the Apollo 11 launch on July 16, 1969. The coverage is running in real time and features Walter Cronkite in hours of continuous live coverage of the landing and eventual exploration of the lunar surface.

Coverage can be seen at this link on YouTube and also in a special Man on the Moon retrospective prepared by CBS. The mission launched from then Cape Kennedy at 8:32 a.m. EST on July 16. The Eagle lunar module landed on the Moon at 3:17 p.m. EST on July 20.