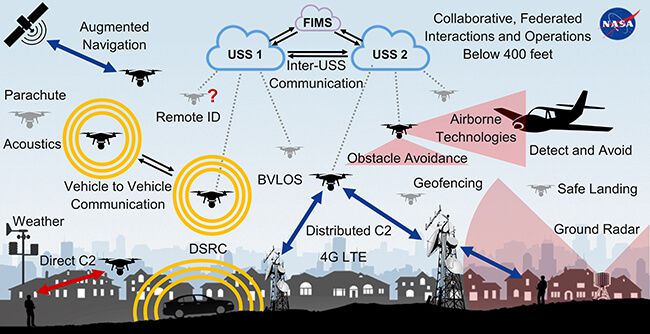 The D.C. Circuit’s U.S. Court of Appeals has upheld the constitutionality of the FAA’s Remote ID requirement for drones, saying “drone pilots generally lack any reasonable expectation of privacy in the location of their drone systems during flight.” RaceDayQuads, a racing drone retailer in Orlando, and drone operator Tyler Brennan filed a petition for review of the Remote ID rule on grounds that it amounted to “constant, warrantless governmental surveillance in violation of the Fourth Amendment,” but Judge Cornelia Pillard rejected the argument on several different counts.

Pillard said Remote ID doesn’t fit the definition of “search” under the Fourth Amendment, which protects against unreasonable search and seizure. She also said the FAA crafted the rule by the book to protect individual rights but also gain access to information through the rule when it’s investigating a violation. Finally, she said, knowing where drones are when they’re flying is just good policy. “Drones are coming. Lots of them. They are fun and useful. But their ability to pry, spy, crash, and drop things poses real risks,” she said in her judgment. “Free-for-all drone use threatens air traffic, people and things on the ground, and even national security. Congress recognizes as much.”