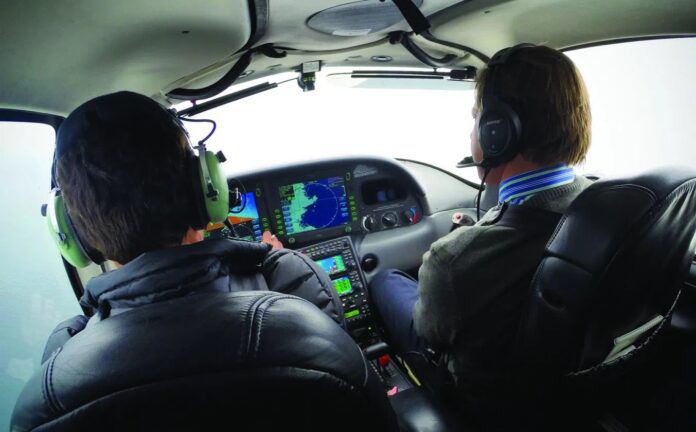 Too Much Avionics? Avoid Sensory Overload

Joe sixpack here. I spent a long time wondering if I should give up the six pack and finally did it. The installation has been repeatedly delayed because I need the airplane for work and haven’t had the time to take it off line. Next month will be the time.

I assembled the system on the bench with a power supply in the panel configuration and spent a lot of time playing with it, designing the screen layouts, re-designing them. But, being familiar on the bench in the living room is vastly different than sitting two miles up in the clouds setting up for the approach in the dark. One of the modes is the six pack mode. Will I use it? Maybe. I have been criticized for keeping the ADF, and the old ILS and the storm scope despite the advanced modality in the cockpit, but they give me comfort when the GPS goes nuts because of some test in the Nevada desert a thousand miles away scrambling the GPS signals. TJ has given me more thought. Even though I have about 15 hours on the system (it has a time in use clock) and will have a few more before it even goes in the cockpit, I may very well pay him a visit for some dual on the system. Or someone like him. Especially if he’s willing to train me on night IFR.

One thing I will say about this system, having flown with two vacuum pump IMC failures, and two alternator failures over the years, is the power fail redundancies give me a greater measure of comfort that I will find my way to the ground safely. The batteries will outlast my fuel tank.

Perhaps too much information is worse than not enough. Where does pilotage and air sense fit among all those pretty MFDs And PFDs if nobody is looking where they are going?

While I have become proficient in G1000 after 1700 hrs flying it I agree the amount of info available can be overwhelming. Then I see many pilots add an iPad with Foreflight running as a third or fourth screen. They set up flight plans, approaches, etc. on both devices essentially doubling the workload. And all heads down of course.

John and Martha King are surely the greatest aviation educators and role models of all time. They mastered the nearly impossible feat of making learning accessible, interesting, and enjoyable. Particularly significant was their identification of risk identification and mitigation as a key element in air safety. Their contributions cannot be overstated.

I have SO MUCH respect for Martha.

I’ve spent more time with her than my family since January, I’m working on my IFR with her lessons.

I’d like for my (step)daughter to meet her someday. Wonderful inspiration and role model.

Poll: What Was Your Top Pick At AirVenture 2022?