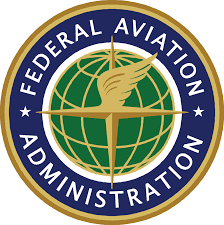 A former FAA inspector who claims he was “promoting aviation” has been sentenced to six years in jail for a string of corruption and theft charges that even involved his mother. The Miami Herald is reporting that Manuel Fernandez, a senior FAA safety inspector in South Florida, stole expensive repair manuals and resold them, took bribes from some of the companies he audited and arranged to have his mother hired by one of the companies so the bribes could be passed through her. He also moonlighted for AVCOM Avionics and let them know when the FAA was planning to do spot inspections of its facilities. The company owners Rolando and Patricia Suarez earlier pleaded guilty to several charges and Rolando spent two years in jail. The company is still in business under new management.

At his sentencing hearing Fernandez said his actions were a net gain for the industry. “I was promoting aviation,” he told U.S. District Court Judge Marcia Cooke. His lawyer Ron Gainor was even more effusive. “This man furthered aviation safety, and he did it with a passion,” he said. Cooke wasn’t buying it. “He wanted to play both ends against the middle,” Cooke said, “and that’s wrong.”