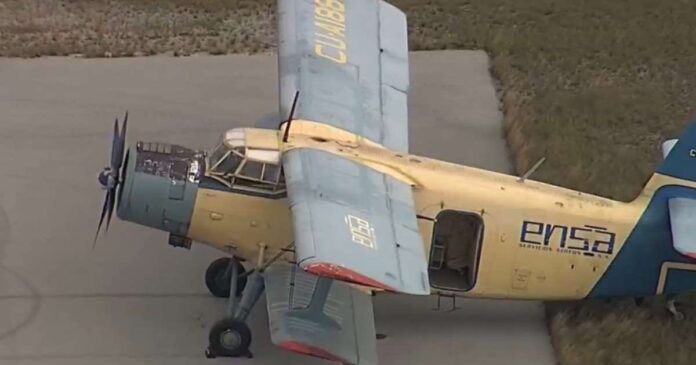 A Cuban pilot defected to Florida on Friday but there won’t be much intelligence to be gleaned from the government aircraft he stole. The pilot, identified by a Spanish publication as Ruben Martinez, flew an ancient Antonov An-2 single-engine biplane at wavetop level before landing at Dade-Collier Training and Transition Airport in the Everglades. “The pilot of the plane notified the Miami-Dade County tower at TNT Airport that he was low on fuel and had to land there minutes before he landed,” Greg Chin, the Miami-Dade Aviation Department’s communications director, told Local 10 news.

Martinez reportedly left El Cedro, Cuba at 7 a.m. and headed for Florida. “He told airport staff that he was a defector from Sancti Spiritus, Cuba,” Chin said. The TSA and Customs and Border Protection are, of course, interested in how the school-bus sized relic of the Soviet era was able to sneak through one of the most surveilled coastlines in the country. Martinez is being held by Customs officials. The aircraft is owned by a Cuban company called ENSA, which is a subsidiary of the government’s Cuban Aviation Corporation. It normally supplies cropdusting aircraft but recently began carrying cargo.