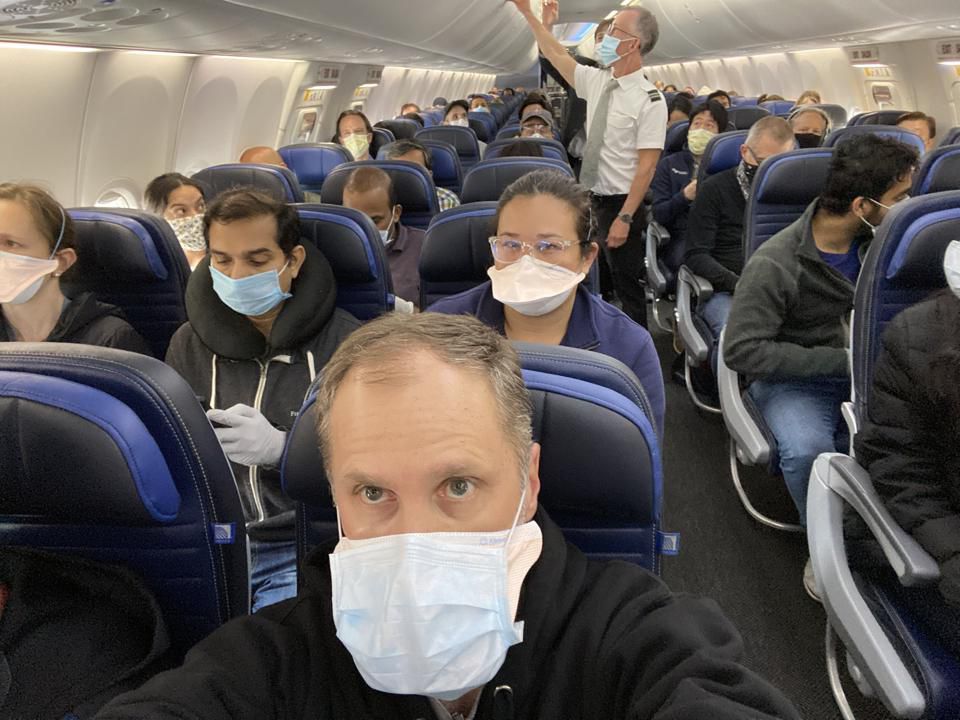 Authorities are contacting United Airlines passengers in response to social media rumors that a man who died on their flight might have had COVID-19. Early in the flight from Orlando to Los Angeles last Monday, the man suffered a medical emergency, possibly cardiac arrest. The plane diverted to New Orleans where his body was removed before the flight continued to the West Coast. But as the emergency unfolded, some passengers took to social media claiming they heard the man’s wife say he had tested positive for COVID-19 and lost his senses of smell and taste, a common symptom.

On Friday, United said that at the time of the incident, there was no confirmation the man was infected and the airline still doesn’t know if he had been. Meanwhile, the four flight attendants who rushed to the man’s aid are self-quarantining and the airline is cooperating with Centers for Disease Control. “We are sharing requested information with the agency so they can work with local health officials to conduct outreach to any customer the C.D.C. believes may be at risk for possible exposure or infection,” the airline said.