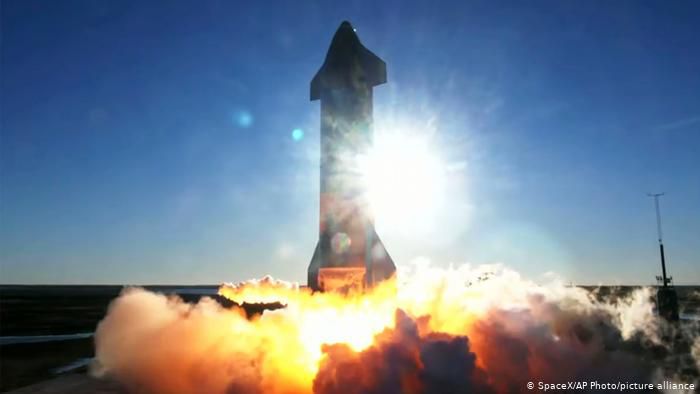 SpaceX’s Joyous Blowing Up of Rockets

While Mars does seem much further away than 2024, I think it’s often overlooked how powerful Musk’s vision for reshaping the near-Earth infrastructure is. A fully *rapidly* reusable launch system, truly land-load-and-go like an airliner, could legitimately reshape how humans live on (and near) Earth. Who needs Mars when you can get into orbit here? A sphere is just about the worst way to make use of all this mass we have here in terms of surface area to volume. Turning just tiny bits of the planet into orbiting habitats would be enough to increase the number of humans the Earth can support by a factor of hundreds, maybe even thousands.

Couple that with welding the spacecraft together in a field in Texas rather than in the sterile environment of most aerospace assembly lines means the capital tied up in each booster and spaceship is vastly lower. Lose a few boosters in hard landings, no big deal. Just weld a new one together. The engines are another story, they’re probably the most complex rocket engines ever built. Maybe the SSME could compete, but I’m not sure. Scrapping a bunch of stainless-steel tubes is one thing, but they can’t afford to lose engines in any meaningful amount. But as long as they can keep their landings in the realm of “good”, getting to and from space could really be within the realm of buying a first-class plane ticket. Jury’s out on how well the average American body might handle the g-loads of launch and reentry, but that’s a problem for tomorrow.

It’s a shame Musk himself is such a problematic character. Perhaps genius can’t come without some quirks. Being willing to fail publicly is such a nice change of tenor compered the usual secrecy of the space launch incumbents. Not to mention repeatedly embarrassing Boeing and Lockheed for their comically slow pace and high cost of development. As a taxpayer, I’m all-in on Elon Musk. […]

It wasn’t that long ago that people were shaking their heads and muttering about him being crazy to think he could even land a booster on shore, let alone on a floating barge. But this weekend, while SpaceX was still sweeping up the debris in South Texas, they launched another Dragon rocket carrying a SiriusXM satellite into orbit. Although it barely made the news, this was the seventh use of that booster, which landed successfully on the recovery barge for reuse an eighth time. So, in less than a decade, reusable boosters have become so routine that a commercial customer was comfortable entrusting a multi-hundred-million-dollar satellite to one. Musk may not make the 2024 deadline for a Mars mission, but I would bet that Starship launches and recoveries will have also become routine. As for Musk being a problematic character, compared with similar visionaries like Thomas Edison, Nikolai Tesla or Howard Hughes, he is a pretty ordinary guy.

Even A Numbskull Like Me Can Learn To Fly A Gyroplane

I flew a McCulloch J-2 gyro years ago–(yes, “the chain saw people”). It was factory built and FAA certified. Had a 180 hp. Lycoming, and the 3 blade rotor system of the TH–55 (Hughes 300) helicopter. As someone that flies airplanes, helicopters, and gliders, I found it “interesting”. LIKE a helicopter, it can fly very slow and land with hardly any landing roll. LIKE a helicopter, it was slow, noisy, vibrated a lot, and had little useful load for the installed power.

I wouldn’t claim to be GOOD at flying it, but I was able to pick it up fairly fast. Unlike the gyro in the video, the McCulloch was even shorter coupled and landed in a higher-nose up attitude. An interesting feature for the McCulloch was that they advertised a “jump start” takeoff. It had a lever on the left that looked (and in part ACTED) like a helicopter collective pitch–it was latched down to zero pitch–the rotor pre-rotated to something like 130% of normal operating rpm with the gyro pointed into the wind, and the catch was released–causing the gyro to climb “15′ or more straight up” according to the instructor. (for obvious reasons, the instructor declined to demonstrate that maneuver!)

There was notably less vibration than what I saw in the stick on the video–but certainly more than an airplane. I always thought that flying the gyro would be an excellent way to teach touchdown autorotations in a helicopter–eliminating the chance of a skid digging in.

In the same vein, B.J. Schramm–founder of Rotorway, stopped by the airport 20 years ago to demonstrate his latest project–a single-place Helicycle compound helicopter–with or without a backup pusher engine. The main engine was a Rotax 4 stroke, but a 2 cycle Zenoah was attached to the left side–the pusher prop not only made it faster, but the craft could maintain altitude as a gyrocopter if the main engine failed. The concept worked, but Schramm was killed in the prototype some time later.