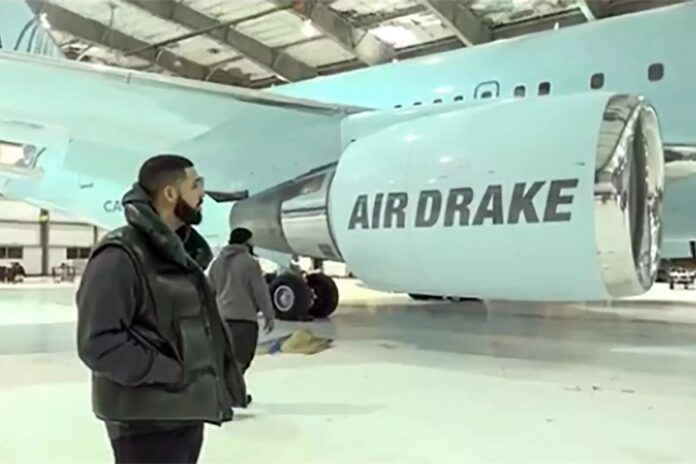 The Twitter account CelebJets has been busy heaping scorn on the rich and famous for their use of private aircraft, but some of the most egregious crimes against the environment they have flagged appear to be the result of data without context. CelebJets uses the alert function on flight trackers to keep tabs on jetsetters’ travels and they’ve recently made a fuss about some short flights that popped up on aircraft that are used by celebrities. Among them are flights of less than 20 minutes by planes associated to Kylie Jenner, Kim Kardashian, Mark Wahlberg and Drake. Most have ignored the barbs but Drake, who makes a point of buying carbon offsets for his stable of aircraft, which includes a Boeing 767-200, tried to explain how bizjets are used to his millions of followers.

He took exception to attention paid to a repositioning flight of his aircraft while he was in his hometown of Toronto last week. The aircraft dropped the pop singer off at Pearson International Airport and then was flown to nearby Hamilton International where it was put in a hangar. “This is just them moving planes to whatever airport they are being stored at for anyone who was interested in the logistics … nobody takes that flight,” Drake tweeted. It’s not known if similar circumstances resulted in the short flights of the jets associated to the other celebs. For its part, CelebJets couldn’t care less if the entertainers were onboard. Carbon release is carbon release and it estimated that Drake’s plane spewed 4.5 tons on the hop to Hamilton.