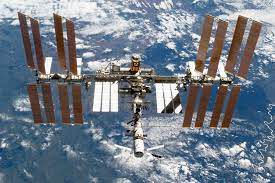 Will Russia Really Leave The ISS?

Thank you for a well written, experience-based commentary. Having had the great opportunity to work with a former NASA engineer for several years, I too see the team finding a workable solution to manage orbit, if it hasn’t already been designed and with plans sitting on the shelf.

Great commentary. I can’t imagine what it’s like in the ISS right now. Must be pretty bad for everyone there now. Awkward at the very least.

Nothing To Fear But Everything Itself

Several years ago, I had a bear run across in front of my Monocoupe just as I was flaring. I don’t know how we missed but apparently bears can accelerate much quicker than I thought.

Critters happen. Some time back, when I was still a working guy, a Hawker Jet took off at night from one of Nashville’s GA airports. Deer ran out, took an engine out, crew kept it flying and staggered over to Nashville. The plane, with engine and airframe damage, was determined totaled.

Poll: Do You Think The Airline Pilot Retirement Age Should Be Raised To 67 From 65?