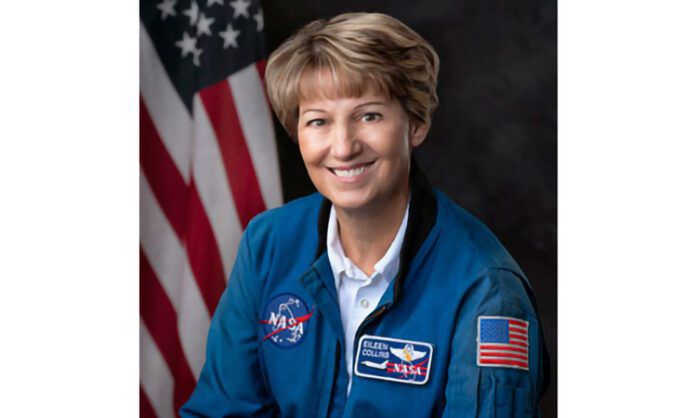 The National Aeronautic Association (NAA) has selected astronaut and retired U.S. Air Force Colonel Eileen Collins as the recipient of the 2022 Wright Brothers Memorial Trophy, citing “her perseverance in the advancement of aviation and aerospace as a teacher, astronaut, and leader, and for serving as an inspiration for all those seeking to break barriers in their field.” Among her many accomplishments, Collins is noted for being the first woman to pilot a space shuttle and the first woman to command a shuttle mission. Established in 1948, the Wright Brothers Memorial Trophy is awarded annually for “… significant public service of enduring value to aviation in the United States.”

“Eileen Collins has blazed trails, broken barriers, and achieved greatly at every step during her consequential career,” said NAA President Greg Principato. “Not satisfied with that, Eileen has continued to serve and inspire others in all kinds of ways. Her service to aviation and to her country embodies the qualities the Wright Trophy was created to honor. It will be an honor to present the Wright Trophy to her.”

Collins graduated from undergraduate pilot training at Vance Air Force Base in 1979 and has logged more than 6,750 hours in 30 different types of aircraft over the course of her career. She served as a C-141 aircraft commander and instructor pilot, was an assistant professor in mathematics and a T-41 instructor pilot at the U.S. Air Force Academy, and graduated from Air Force Test Pilot School in 1990. Collins was accepted into NASA’s astronaut program in July 1991, spending over 872 hours in space before her retirement in 2006. Awards she has received include the Distinguished Flying Cross, Defense Meritorious Service Medal, French Legion of Honor, NASA Outstanding Leadership Medal, Free Spirit Award, the National Space Trophy and induction into the National Aviation Hall of Fame. Collins will be officially presented with the Wright Brothers Memorial Trophy at the Aero Club of Washington’s 74th Annual Wright Memorial Dinner on Dec. 16, 2022.