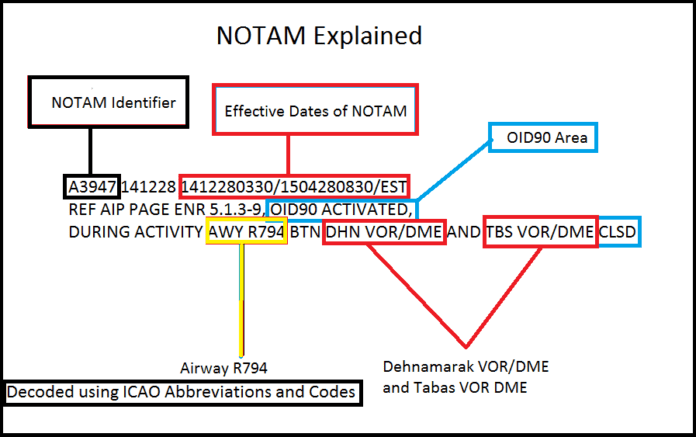 The FAA has issued new guidance to airports on issuing NOTAMs it says is intended to help pilots navigate them easier and more accurately. The Advisory Circular was issued on May 25 but the agency publicized it over the weekend. The overall intent appears to be to clean up all the expired, inaccurate and confusing NOTAMs clogging the system and ensuring those that do get published serve the intended purpose. “This AC provides guidance on using the NOTAM system for airport condition reporting and procedures used to describe, format, and disseminate information on unanticipated or temporary changes to components of, or hazards in, the National Airspace System (NAS),” the AC says.

The AC clarifies the purpose of NOTAMs, which is “providing timely information on unanticipated or temporary changes to components of, or hazards in, the National Airspace System (NAS).” It stresses that NOTAMs are not a clearinghouse for housekeeping items or to serve any other purpose beyond the broad pursuit of flight safety. “NOTAMs should not be used to impose restrictions on airport access for the purpose of controlling or managing noise or to advertise data already published or charted.” One of the big problems is that airports neglect to take down NOTAMs that no longer apply or have been superseded and Flight Service Stations will be calling around about the “validity of NOTAMs lingering in the NOTAM system.”