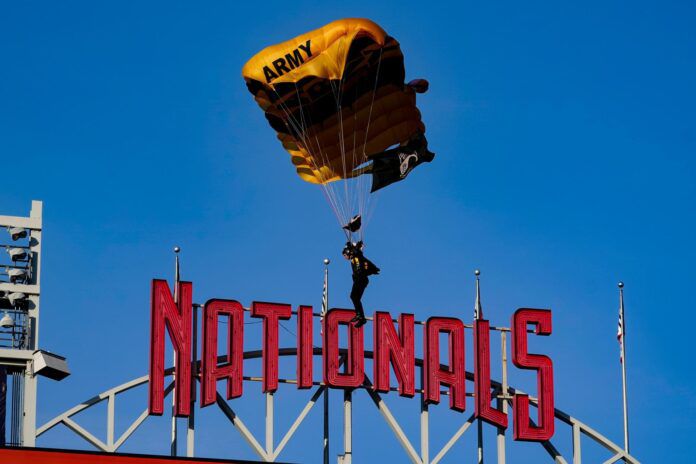 The FAA has apologized for the mayhem it inadvertently caused by not notifying Washington, D.C., authorities about a performance by the Army Golden Knights parachute team at Nationals Park before a baseball game on Wednesday evening. The unexpected appearance of a Twin Otter dispensing skydivers in the country’s most secure airspace prompted the Capitol Police to evacuate government buildings. The Army immediately issued statements saying it had filed all the necessary paperwork and received all the correct approvals and the FAA ate the requisite crow on Friday.

“The FAA’s initial review of the circumstances surrounding Wednesday night’s parachute demonstration by the U.S. Army Golden Knights at Nationals Park showed that we did not provide advance notification of this event to the U.S. Capitol Police,” the agency said in a statement. It also said it apologized “for the disruption and fear experienced by those who work” at the facilities that were evacuated. It said it’s talking with all the agencies involved to “take any additional steps necessary to prevent such incidents from occurring in the future.”