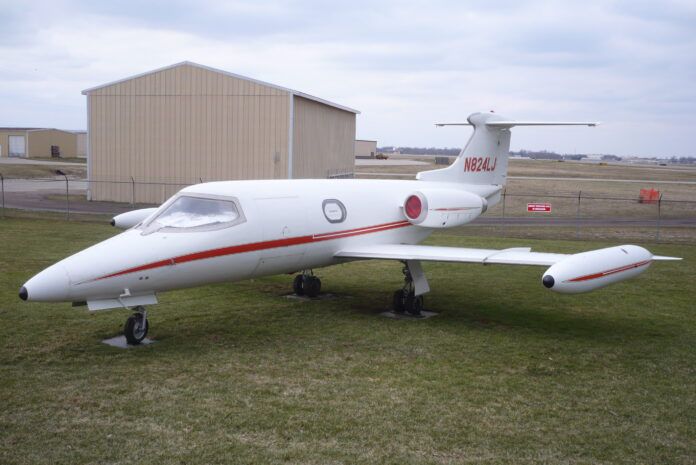 This could appear on a check ride, if your examiner watches too much YouTube: What do LR23, 8-track, and Frank Sinatra share? The answer without thinking, because I haven’t, is: They made the 1970s marginally tolerable. Each is connected to Bill Lear, who invented the Lear 23 personal/corporate bottle rocket in 1964 and channeled Alexander Graham Bell (discovered Bell Helicopter in 1876) by shouting from his lab, “Shanda (Lear’s daughter), come here. I’ve invented Learjets, making our name synonymous with glitzy air travel. Let Billy Piper keep his Cubs, Clyde Cessna his Skylarks, and Wally Beech his Musketeers. I’m goin’ Hollywood!” If your name’s Lear, what other career possibilities exist? King of Scotland? His favorite daughter, Cordelia, declined comment.

Ask theater majors to identify “Lear,” and they’ll respond: “All in The Family!” Sorry, that’s Norman Lear (b. 1922), who may have owned Learjets but didn’t invent them. Neither did Bill. No relation. William Lear (1902-78) invented or improved numerous technological hits, before he revamped the Swiss FFA P-16 fighter into the Lear 23.

Not that Norman Lear was an aviation slouch. As a B-17 radio operator/gunner in World War II, he flew 52 combat missions with the 15th Air Force and received the Air Medal with four Oak Clusters. Sinatra received an Oscar with almond clusters for portraying an Army private in Hawaii. Not the same.

Bill Lear gave the world Learjets after inventing the 8-track cassette tape, which made it possible to endlessly loop Sinatra’s “That’s Life.” Bolstering his aviation bona fides in 1965, Mr. Sinatra acquired one of Bill’s first LR23s—white with orange trim—and shanghaied rat packers to “Come Fly With Me” into the egosphere as the 1970s approached in a cultural dust storm.

Speaking of the 1970s—and we agreed after the 1981 PATCO strike, never to speak of them again—something evil this way comes from aviation’s closet. Not the leisure suit I wore to my 1979 FAA job interview but, instead, the ugly reality that leisure suits cost less today than 43 years ago, despite higher petroleum prices. Apparently, demand is low for clothing spun from the same plastics that cover airplanes. Price drops indicate deflation, a condition pilots might experience after not flying for months, then rushing through preflight in anticipation of slipping surly bondage, only to discover the Cessna’s nose strut has deflated.

Deflation in aviation economics is a shimmering Mirage, made less affordable as costs rise and product availability stalls. Longer ago than recently, I ordered a new engine mount for my 1974 Citabria (7ECA). I knew the price would be steep but reasonable in aviation terms. I’ve admired American Champion’s parts and tech support and was told to allow four weeks for delivery. Pages flipped off the calendar, and with that target now a memory, I’ve quit calling for updates and will reuse the old mount with new rubber bushings, until my ship comes in from Vladivostok. I know the part isn’t on a slow boat from Russia but might as well be, given its hostage status in the supply chain.

Econ 101 holds that scarcity levers prices up. That’s inflation, unlike when I inflate crosswind component to explain botched landings. Without checking markets, I’m guessing new Learjets cost more than in the autumn of Sinatra’s life. Such inflation doesn’t bother me since I’ll never buy any jet. There’s nowhere I need to be in a hurry, and even if I could afford a Lear, I lack the cool factor to arrive in style. But I have spent time around them, on the ramp and in the radar room.

Two things I learned about Lears: 1) Don’t spill Jet A on the captain’s leisure flying suit, as I did in 1978, because it will melt like the Wicked Witch of the Westwind, as polymers revert to their unnatural states. 2) In ATC, never make a Lear second. I’ll explain.

In my inglorious ATC career, I worked at two approach controls—Monterey, California (MRY) and Des Moines, Iowa (DSM). The latter was more challenging with its mix of airline, GA, military (A7s, F-16s, C-130s), and spit fire thunderstorms. Monterey tower/approach (TRACAB), by contrast, was laid-back with soothing coastal fog, mellow traffic, free tickets to the Jazz Festival (true), and cable TV in the tower, so controllers could watch PGA tournaments (also true). It was golf that attracted the periodic onslaught of Lears and Gulfstreams vying to be first, because celebrities headed for Pebble Beach waited for no one.

Payola aside, when given a string of arrivals, someone goes first and others follow with lip service to “first come, first served.” FAR 91.117 restricts most airplanes to 250 knots (IAS) below 10,000 feet. But 250 runs two miles-per-minute faster than 130-knot piston singles, giving jets the edge. Controllers issue speed reductions, but those aren’t instantly effective. Often, it’s best to snake Lears onto the ILS first and let ‘em rip. But thinking jets will always outrun props is a rookie trap, as I discovered when desperately trying to slow a hotrod Metroliner (twin turboprop shaped like a sharpened pencil) to follow a lumbering Boeing 737. I apologized to the Merlin after slowing it to unreasonable speeds.

Learjets have been in my aviation world since I first heard one depart from Teterboro Airport (TEB). Hands over my ears, I marveled at the sooty grandeur of this lawn dart, blasting across the Manhattan skyline. I knew GA’s future would burn kerosene, but mine needn’t. Let others get where they’re going in less time than it takes to mix a second martini, while I make unplanned stops for directions. That said, I was mildly saddened to learn that Bombardier will cease Learjet production, no doubt to resurrect the 8-track tape market.

Ending Learjet’s run won’t kill an icon or my aviation dreams (only the FAA has that power), because as Ol’ Blue Eyes crooned:

“I’m gonna roll myself up–

In a leisure suit–