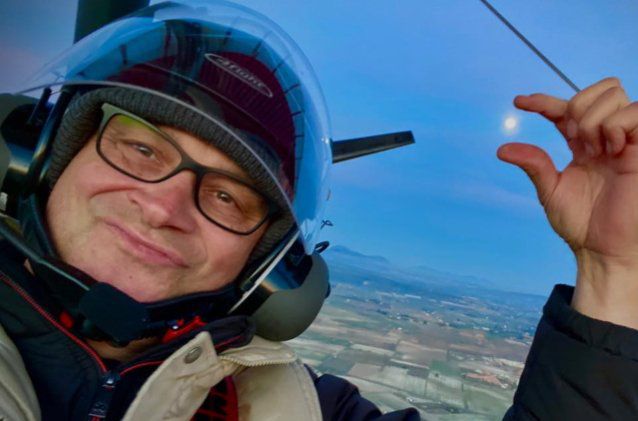 The former bassist for the German heavy-metal band Metalium was killed Sunday, April 18, in the crash of his ultralight trike in Spain. The accident occurred around 10 a.m. local time in Mallorca, where Lars “Ratz” Ranzenberger, the 53-year-old musician-turned-entrepreneur, had lived for several years, according to a local news source. Photos and video show the wreckage alongside what appears to be a grass runway, identified as Vilafranca de Bonany-Es Cruce Airfield (Aerodroma Mallorca—code AG6147). The fuselage is lying on its side with the crumpled wing still attached to the wreckage.

Ranzenburger, who reportedly hangared his ultralight at the airfield across the street from a restaurant, was the sole occupant of the aircraft and was pronounced dead at the scene by first responders. He had most recently headed up a company that installed lighting, sound and video systems. Metalium was formed in Germany in 1998 and produced eight albums before disbanding in 2011. In recent years, Ranzenberger had been playing bass for the Mallorcan band Fyre.

Metalium bandmate Chris Caffery posted Sunday on social media, “I am shocked and saddened to have just received the very sad news that Lars Ratz has died today in a small plane crash. Lars loved risks. He kinda lived very heavy metal in many ways. He loved being a pilot. He can now take some of my friends in heaven on some of his flights. Fly with the angels, my friend.”