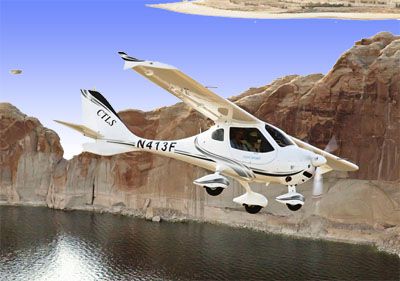 AirVenture 2019 may be cheek-by-jowl with spiffy little two-seat LSAs, but four years from now, sport airplanes with four seats might just be a thing, according to Dan Johnson of the Light Aircraft Manufacturers Association. In this podcast recorded Sunday at Oshkosh, Johnson said the FAA is beyond the talking stage.

“They are moving on this, but what they are not saying is what we’re going to move the weight to because they’re not doing it that way,” Johnson said. The agency has adopted a formula called a power index that factors in horsepower, wing loading and total vehicle weight. As long as the aircraft fits within the power index confines, there’s no specific limit, Johnson said. “But they can definitely be larger because what they’re adding into this now, that no one expected, is up to four seats,” he added.

A max weight of 3600 pounds had been a talking point, but Johnson says that number is now irrelevant and probably always was. The overarching goal is to keep wing loading and stall speeds low as a safety enhancer. “Obviously, if you have a number that’s way up there beyond 3000 pounds, which is way beyond the current number … that’s going to require that that aircraft have a substantial wing and enough horsepower so it can keep the stall speeds way down low and be easy to operate,” Johnson said.

Also in the works is discussion about whether such airplanes can be flown under the sport pilot rule. While the FAA is chewing on that, it’s also considering a rule that would allow gyroplanes—hugely popular in Europe—to be marketed in the U.S. as special light sport aircraft.

Timing is uncertain. The FAA has a 2023 deadline for issuing comprehensive rules on unmanned aircraft operation and, increasingly, light sport aircraft are being rolled into that process. Johnson’s guess is no new sport aircraft rule will emerge before 2021. Even after an NPRM is issued, the FAA still has 16 months before it’s put into place as a final rule.