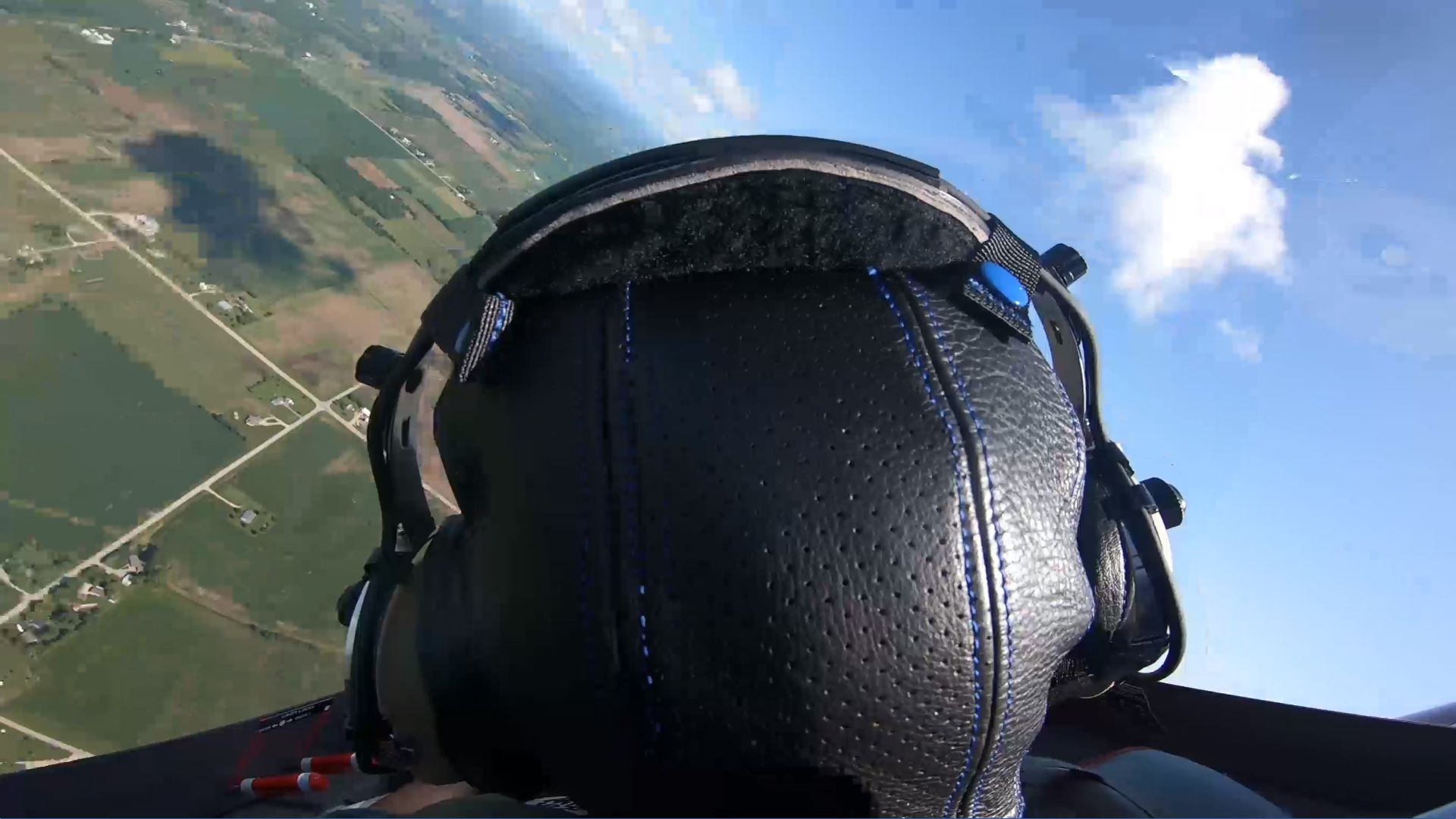 Many aerobatic teams and performers are sponsored and as part of their routine duties, they conduct press flights for hapless reporters looking for interesting aviation stories. The journalist gets a fun ride and the company sees its flag flown before the buying public.

On Monday—the opening day here at AirVenture—AVweb got a twofer. Both Kate O’Connor and I were invited to fly along with the Aerostars, a four-ship team that flies Extras. Over the years, I’ve gotten a little choosy about accepting these invites. Shows like AirVenture are wall-to-wall busy for everyone who attends and especially for us.

Web publishing is such that the audience expects an uninterrupted river of good content and we’re hard pressed to engage in anything that doesn’t serve that purpose, sometimes even including lunch. The last aerobatic ride we accepted from a major team was so rushed that we got nothing out of it other than a wasted two hours better spent on shooting photos or videos.

Monday’s ride was a pleasant exception. The Aerostars are sponsored by Phillips 66 and although they do a dozen shows a year, they aren’t flying at AirVenture this year so we had more than enough time to interview the performers, mount cameras and generally set up something interesting. Three of the four team members were flying, Harvey Meek in lead, Paul Hornick in the number 2 trail and Gerry Molidor, who I flew with in the number 4 slot position.

These guys have day jobs as professional pilots so the fact that they spend their days off flying light aerobatic aircraft tells you all you need to know about the level of passion for all things aeronautical. I wouldn’t say this level of engagement is rare, because it isn’t, but airline pilots still enthralled with flying for its own sake always strike me as the most interesting kinds of aviation people.

During our pre-brief, Molidor asked me if I had any aerobatic experience. No one would mistake me for Sean Tucker, but I have a little. In that case, Molidor said we would break off for a couple of minutes to do some maneuvers apart from the usual formation demo. What would I like? Always been fond of inverted spins, so we did one of those. How about a tumble, otherwise known as a lomcovak? I recognized that immediately as a testosterone taunt of the sort a guy is just not going to decline. Hell yeah!

I had done a few of these before and in that brief moment of bravado, I’d forgotten how unpleasant they are. Negative Gs pretty much suck and a lomcovak is carefully contrived to force all five quarts of blood north of the eyeballs. Molidor had me snug up the seatbelt ratchet before we entered the maneuver and if you’ve done one, you know why. If that belt ever failed, you’d come out of the seat and through the canopy like $#@% through a goose.

We’ll have a complete video on the Aerostars team in a couple of days, including a nice shot of a formation loop. For the time being and for your amusement, here’s a video snippet of the tumble. That’s my noggin lolling around in front of the lens and I suspect it would be hilarious if you could see the skin sagging upward on my face, although it didn’t seem that amusing at the time.

Maybe next time I’ll just ask for a slow roll or maybe a hammer head, but I know I won’t. There’s something to be said for self-flagellation, after all.