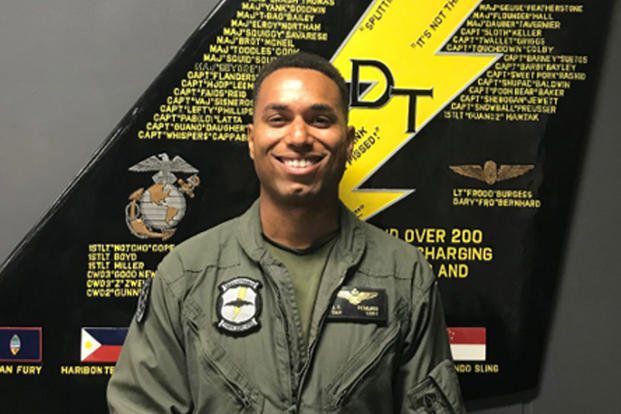 A Marine Corps pilot who ejected from his F/A-18 Hornet off the coast of Japan in 2018 was alive on the surface of the ocean for about 10 hours before drowning according to military.com. Capt. Jahmar Resilard was wearing a smart watch when he abandoned his fighter after it collided with a KC-130 tanker during a night refueling training exercise Dec. 6, 2018. The tanker crashed killing all five Marine crew members on board. The aircraft were based at Marine Corps Air Station Iwakuni in Japan.

Resilard had a Garmin Fenix 3 on his wrist when he ejected at 1:44 a.m. local time. The watch dutifully recorded Resilard’s pulse for the rest of the ordeal. “The data from the watch indicated that MP2’s heart was beating at an average of 86 beats per minute until approximately 1130,” the report states. “MP2’s Garmin smartwatch indicates that MP2 was alive on the surface of the ocean from approximately 0145 until approximately 1130 (nine hours and 45 minutes) in 68-degree Fahrenheit water.” His body was found about 45 minutes later. His backseater also ejected and was rescued in an inflatable raft after four hours in the water.