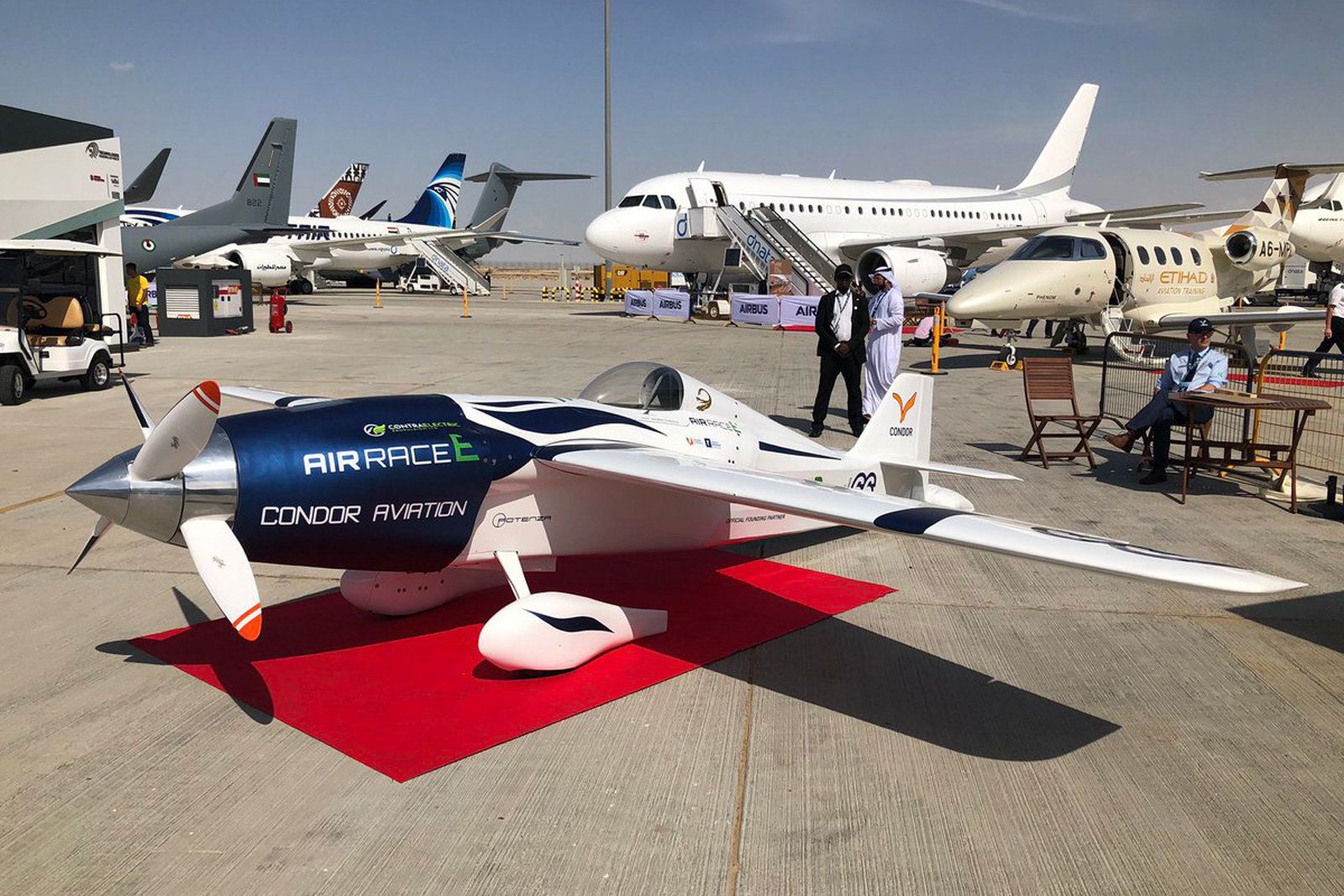 Air Race E unveiled an electrified Cassutt Formula One race plane capable of 300 MPH at the Dubai Air Show on Sunday. The tiny aircraft, which is familiar to those who attend the National Championship Air Races in Reno, was modified with a 150-kilowatt motor and about 200 pounds of lithium batteries replacing the Continental O-200 that traditionally pulls it along and will race for Team Condor when the Air Race E series starts next year. Eight teams have confirmed participation in the race series and they’ll be announced on Tuesday. The tendering process for the host city for the inaugural race is underway and an announcement of the location is forthcoming. A demonstration race is planned for next year’s show in Dubai.

The electric airplane racing league was announced last year and will see eight aircraft flying head to head around a five-kilometer course 30 feet high and at speeds up to 300 MPH. The aircraft unveiled on Sunday is designed specifically for that environment. The batteries will supply enough power for five minutes of flat-out racing and about 10 minutes of loitering at lower energy consumption.