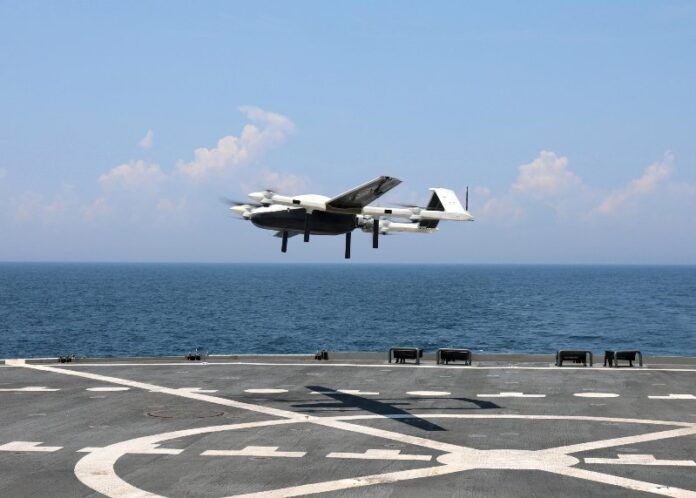 The first large-scale use of drones for beyond visual line of site (BVLOS) pickup and delivery may be at sea. The Navy is deploying drones capable of carrying up to 50 pounds to test them as ship-to-ship couriers within carrier groups and beyond. The drones will be based on the carrier and dispatch as needed to carry parts or needed supplies from ship to ship. The drones will have a range of up to 200 miles. That kind of thing is usually done with helicopters and since they’re usually busy with other things it can throw a wrench into operations.

“Say you have a little component on a radar, it’s broke on an Aegis-class ship. We can now use an unmanned system to go from the big deck—whether it’s an MSC ship or from the carrier—out to a small boy in a relatively short amount of time and we’re not having to reschedule and recycle a helo,” Tony Schmidt, of the Naval Air Warfare Center Aircraft Division, told USNI News. “Instead of waiting for the next day to send the helicopter, or for the next [underway replenishment], we can get that capability out literally within hours.” The test will start in the fall and run for two years.