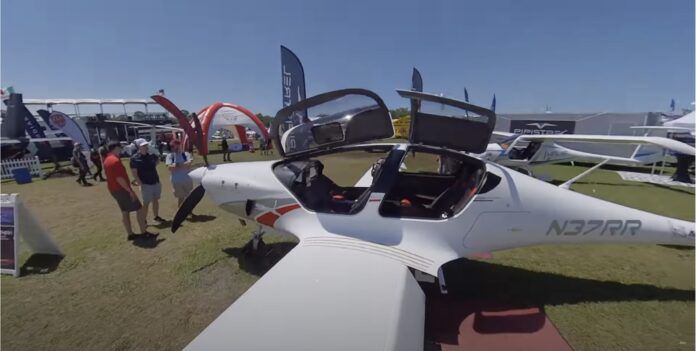 All the glowing reports of Sun N Fun fail talk about the big elephant in the room: Amazon has moved in with a 24-hour operation right at the approach end of runway 10. That includes jet aircraft landing and taking off during the night hours (when the airport is supposedly NOTAM’d closed) right by the campers’ location. Plus, there is now the constant sound of loader’s back-up warnings. Camping is now difficult due to the noise.

Plus, there were rumors at the event of Amazon pushing for a second runway to be built.

Shame. I’ve enjoyed previous events but that’ll be my last Sun N Fun until it moves to a new location.

My last Sun n Fun as well after flying in for 27 years. I was held up on arrival by an Amazon heavy, air show pauses so Amazon could land and takeoff added to the frustration.

Sun n Fun Today newspaper was gone. Parking in Vintage was sparse and it appeared that traffic in the vendor buildings down.

The hot rumor was they are moving all of the SnF facility way East of the airport to accommodate a parallel 10/28 runway for Amazon.

I was asked to participate in survey about SnF. One of the questions was “if airplanes could not fly in to SnF would you attend?” REALLY?

After 27 consecutive years flying in, I see it differently. Prime plays on their side and yes there’s noise…it’s an airport, live near the tracks…well you know. A very short walk south of the food areas reveals the Central Florida Aerospace Academy, Florida Air Museum, Lakeland Aero Club (with the grass runway) and the newest structure, the ACE Skylab Innovation Center. SnF exists to support this aviation education mission. If you haven’t toured what goes on inside, you should check it out. Certainly, keeping us old timers happy and bedded down matters, otherwise no one wins, but with new buildings going up Sun n’ Fun is far from being moved away from its current location. I’ll add that after a day of taking it all in, I’m a really deep sleeper and it would take afterburners on a 767 to wake me up.

We will never realize the full potential power of electric vehicles until we take the emotion and politics out of the debate. Every vehicle – electric, gasoline or diesel powered – is a product of a long chain of activities that starts with the extraction of the materials required to build the vehicle, the machines required to actually build the vehicle, the extraction of materials required to power the vehicle (oil or battery materials), the delivery of the power to the vehicle, the people and tools required to maintain the vehicle and, eventually, the techniques to dispose of obsolete and worn out vehicles safely and with minimal environmental impact. In order to understand the total environmental impact, economic cost and operational efficiency of any type of vehicle you must understand the details of EVERY STEP in the chain that builds and supports that type of vehicle. That requires abandoning our pre-conceived emotional and political biases and examining these chains rationally and dispassionately.

I should add this same problem infects the current efforts to introduce a 100LL replacement into the GA system.

It’s aftersales support that will make or break this airplane. If Tecnam get’s that right, they can charge a premium. Even if it costs say $220 k, it’s still less than 50% of a Skyhawk.

90% of flight school trainers are pretty well baked at this point and lack the pizzazz and ramp appeal that this plane brings to the table but of course the elephant in the room is price.

In 52 years in the FBO business, I can’t understand the perceived advantage of a two-place airplane vs. a 4 place airplane.

They are only marginally cheaper to purchase new. The cost of insurance is not that much difference–the biggest item is insuring 2 more seats. Hangar costs are the same. The cost of engine overhaul and airframe maintenance is about the same.

Proponents of 2 place airplanes for training cite decreased fuel burn as a big reason. That argument was blown out of the water years ago–Cessna touted the 150 as “OUR airplane only burns 5.5 gph.” Piper responded with “If you only want to go the speed of a 150, THROTTLE BACK to “Instructional cruising speed”–the Cherokee 140 would go 100 mph and burn the same 5.5 gph.

Most trainers aren’t interested in going fast. As Piper used to tell those who thought that a Cessna 150 was more economical that their own Cherokee 140–they said “If you only want to go 100 mph, THROTTLE BACK–fuel consumption is nearly the same.”

Most FBOs caught on. The cost of the airplane, the maintenance, the engine reserve, the hangar were about the same–the cost of insuring the extra two seats was negligible. The four place airplane WAS a lot more versatile when it came to FBO operations–training, rental, etc. Sales of two place trainers all but died.

There is a REASON that the 150/152, Tomahawk, Skipper, American Yankee, and other two-place trainers are no longer being produced. That isn’t to say they aren’t good airplanes–it’s just that they aren’t as versatile as the nearly identical 4 place versions–and any perceived cost savings just aren’t there.

Poll: What Was The Big Thing At Sun ‘n Fun?