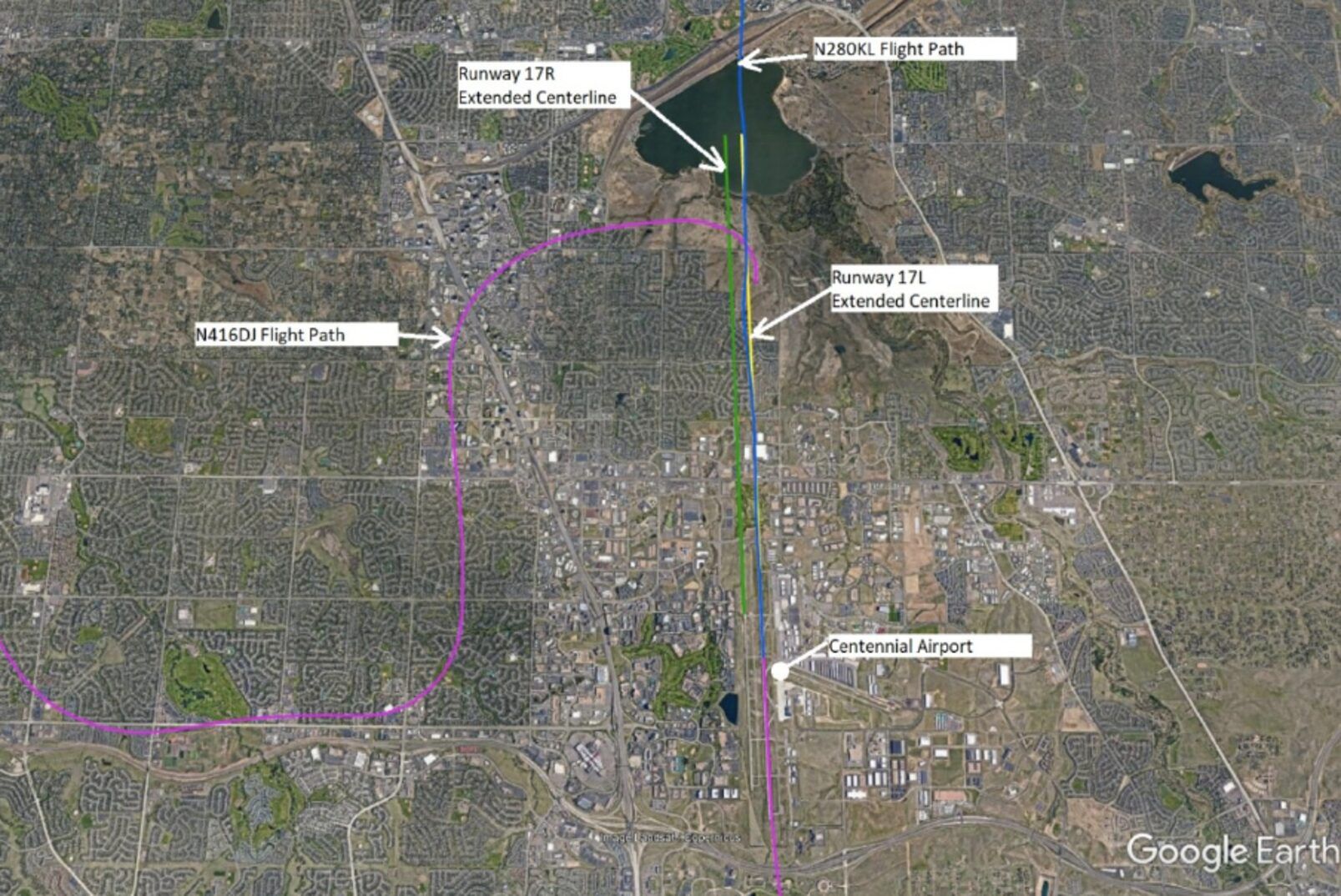 The NTSB has released its five-page preliminary report on the May 12 midair collision between two aircraft approaching busy Denver-area Centennial Airport (APA). No one was injured, despite the Cirrus SR22 colliding with a Swearingen SA226TC cargo plane with serious damage to both aircraft (the Swearingen landed safely—the Cirrus pilot pulled the CAPS whole-airplane parachute). Both were receiving ATC instructions for landings on the airport’s north-south parallel Runways 17L and 17R.

To recap, the Cirrus departed APA on a local flight to the west at around 9:21 a.m. local time. The Swearingen took off from Colorado’s Salida Airport (ANK) about 9:56 for a half-hour positioning flight to APA.

The report shows that at 10:22:43, 70 seconds before the collision, the cargo plane was established on a 5.5-mile straight-in approach to Runway 17L at APA, and the Cirrus was northbound, flying a right downwind leg for Runway 17R. From there, the NTSB report states, the Cirrus “continued the right-hand traffic pattern through the base leg, and then began to turn toward the final approach course for the runway. The airplanes collided at 10:23:53 when they were about 3.2 nm from APA. [The Swearingen] was aligned with runway 17L while [the Cirrus] was turning from base to final and heading about 146 degrees when the collision occurred.”

The ADS-B track illustrated in the report shows the Cirrus’s base leg took it east, through the extended centerline of its intended runway and also through the extended centerline of Runway 17L to which the Swearingen was lined up for landing. Citing a 146-degree heading at the time of the collision, the NTSB indicates that the Cirrus had yet to complete its turn from base to final for Runway 17R.

The report does not cite the altitude at which the collision occurred nor prevailing winds near the site of the incident. It also does not include information on ATC communications regarding either pilot reporting visual contact with the other aircraft.