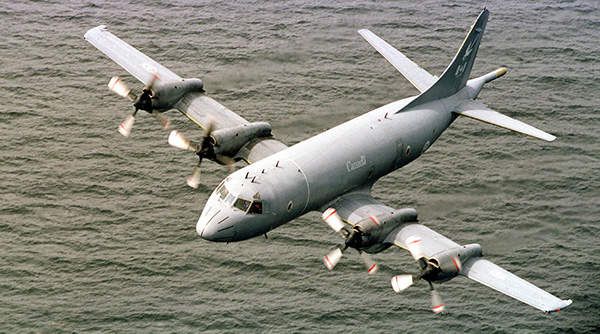 A Royal Canadian Air Force (RCAF) pilot checked in on time for his flight but will carry a stain on his record for the expense and disruption it caused. Capt. Nathaniel D’Arcy was commanding a CP-140 Aurora, the RCAF equivalent of the U.S. Navy P-3 Orion, in a training exercise off the west coast of Canada in May of 2019 when he remembered he’d forgotten to check in for an airline flight booked for the next day. He broke off the mission in search of a cell signal, flying the thirsty four-engine aircraft and its 12-person crew 25 minutes to the resort town of Tofino, British Columbia, where he got the bars he needed. While the warplane orbited the town for seven minutes, D’Arcy completed his check-in.

The hourlong diversion annoyed his crew because they had to do a lot of extra work to get set up for the resumption of the exercise. Some of them let D’Arcy’s superiors know and the brass, in turn, were not amused. Neither was the judge at his court martial. “He eroded the respect and trust of leadership in his whole crew,” Judge Cmdr. Matin Pelletier said in his judgment “Any crew under his leadership would have been ineffective.” D’Arcy pleaded guilty to a single charge of “conduct to the prejudice of good order and discipline.” The charge carries a maximum penalty of two years in a military prison and dismissal but the judge settled on an official reprimand, which will dog the officer throughout his career. The judge took the pilot’s good performance and his time spent flying an Aurora over Syria and Iraq as part of Operation Impact into account in sentencing.