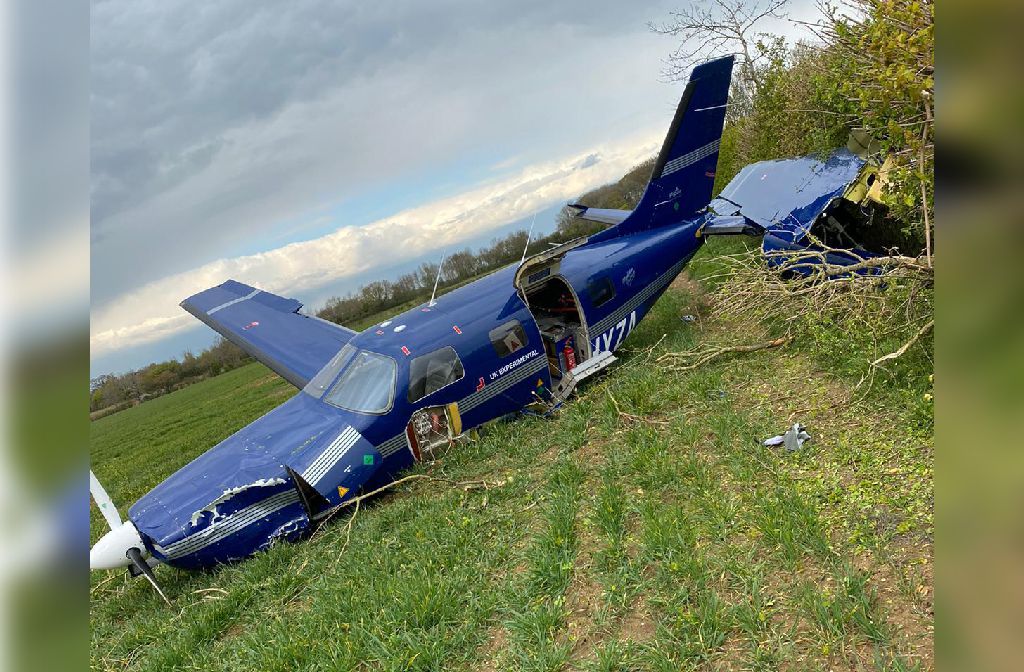 ZeroAvia’s ambitious program to develop hydrogen-powered aircraft suffered a setback on April 29 when its Piper Malibu Mirage testbed was severely damaged in an off-airport landing in the U.K. The aircraft landed in a field adjacent to Cranfield Airport. The left wing was sheared off in the mishap, as was the nosegear. There was also extensive fuselage and tail damage. The aircraft appeared to have hit a hedge during the rollout. There were no injuries.

“On April 29th, our R&D aircraft made a safe, off-airport landing in a field just outside the Bedfordshire airport,” ZeroAvia said in a tweet. “Aircraft has sustained some damage, but everybody involved is safe, and without injury. As we analyze the flight data, we will provide updates as we learn more.” There was no post-crash fire. The reason for the off-airport landing was not released

The aircraft was in Cranfield warming up for its first cross-country flight, a 70-mile hop from Cranfield to Kemble. The company recently bought a 19-seat aircraft for conversion to hydrogen power and said it intended to build a 50-seat airliner next and have a 100-seat plane in the air by the end of the decade.