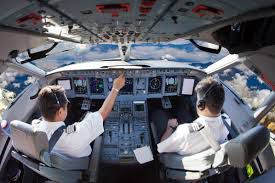 The pandemic-paused pilot shortage will be felt again by 2023 and back with a vengeance by 2025, according to a new study on the pilot supply. The report, by the consulting firm of Oliver Wyman, says the aviation industry could be short as many as 50,000 pilots worldwide by the middle of the decade after full recovery from the pandemic. The study also says North American operators will see the shortage first and feel it hardest. “In North America, with an aging pilot population and heavy use of early retirements, the shortage reemerges quickly and is projected to reach over 12,000 pilots by 2023—13 percent of total demand,” the report says.

The U.S. industry has created the perfect conditions for an acute shortage by using early retirement incentives to get rid of high-price senior pilots. Most of those pilots will not return to the industry and they’ll be joined by a cadre of mid-career professionals who are tired of the cyclical nature of the business and have moved on to other work. The situation is compounded by the fact that the high cost of training and the anecdotal reports of the insecure nature of the job are discouraging young people from getting in. Even banks that had recently started financing pilot training are having second thoughts.

The firm says the looming shortage is one of the greatest threats to airline recovery and says carriers must be proactive in attracting, retaining and training pilots and the sooner the better. “How quickly airlines can regrow their operation will be guided by how quickly they can regrow their pilot ranks,” the study says. “Those that take action now increase the agility of the airline to capture demand as it recovers.”