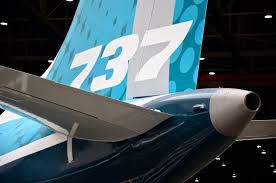 The FAA safety engineer who says he should have signed off on the Boeing 737 MAX Maneuvering Characteristics Augmentation System (MCAS) during the certification process says the system should be scrapped entirely. Joe Jacobsen told the Seattle Times the system addresses relatively minor control feel issues that pilots can easily adapt to compared to the devastating consequences it has shown it can have when it malfunctions. He said he and many other engineers, including those in other countries, believe the plane would be safer without MCAS. The FAA agrees that the plane can be operated safely without MCAS but has rejected eliminating it.

Jacobsen was an aerodynamics specialist who would have played a key role in assessing MCAS but Boeing didn’t identify it as a new system so it did not get the level of scrutiny that would have brought it to his attention. Jacobsen, who retired from the agency last month, told the Times he and his fellow engineers would have immediately flagged issues with MCAS, particularly its reliance on a single angle of attack sensor (AOA), as design flaws.

But he told the Times the first he heard of the existence of MCAS was a week after the crash of a Lion Air MAX in Indonesia in October of 2018. “None of us were briefed on the original design and most aspects were delegated to just a small number of Boeing … engineers for approval,” he said in a letter he wrote to the family of one of the victims of the two fatal crashes involving the MAX. He shared the letter with the Times. He said he wrote the letter and agreed to be interviewed by the Times in part because he felt remorse about not being more adamant about being involved of the assessing the aircraft after the first crash. The family member died in the second crash of the type in Ethiopia five months later.

Jacobsen also said the role of the autothrottle in the crashes has been largely overlooked and likely played a critical role, especially in the Ethiopian disaster. Because of faulty sensor data, the autothrottle did not respond to pilot commands to reduce engine thrust during the climbout of the jet so they remained at full power throughout the rest of the flight. Manually turning off the autothrottle was on the new emergency checklist created for the MAX after the first crash but investigators determined the crew of the Ethiopian plane missed that step in the cacophony of alerts that ensued when crash sequence began. There is also no visible or audible warning of an autothrottle failure. Although the crew mostly followed the steps needed to bring the aircraft under control, the screaming engines had pushed the aircraft past its maximum design speed and the pilots couldn’t overcome the aerodynamic forces on the tail to pull it out of its near-supersonic dive. “I think it was just a miss,” Jacobsen told the Times. “I don’t think anyone recognized the Angle of Attack malfunction would also mess with the autothrottle.”

Jacobsen said the litany of procedural, regulatory and technical missteps by the FAA and Boeing uncovered by various investigations are a start at fixing the FAA and restoring its reputation as the gold standard for safety but he also said heads need to roll in the upper floors of the agency. “FAA leadership seems to be denying any wrongdoing,” he said. He said many of the most senior people at the agency are proponents of delegating certification oversight to the manufacturers and they all need to be removed, he said.