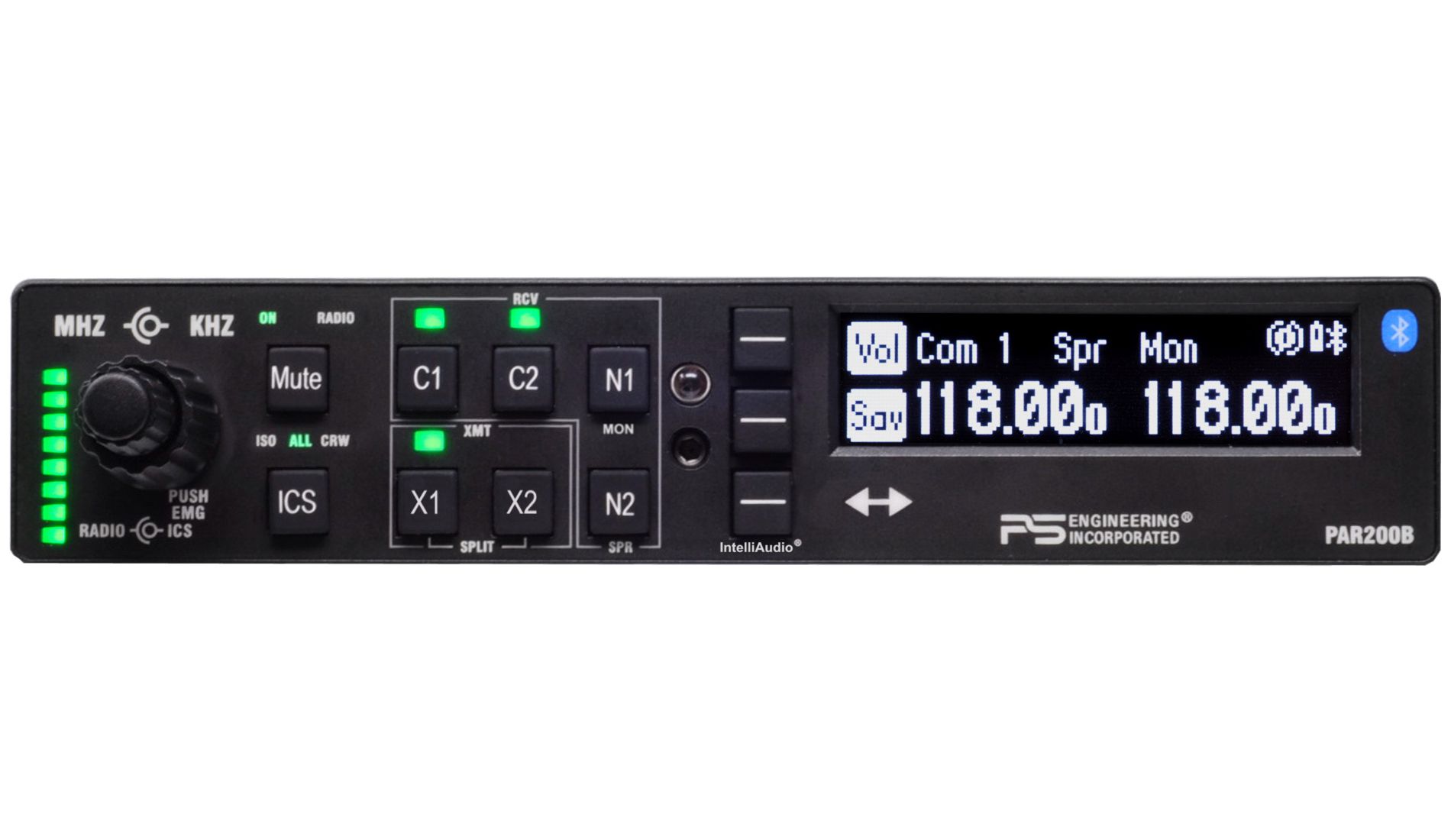 Six years after introducing the PAR200 combined audio panel and remote-mount comm radio, PS Engineering has committed significant updates. The PAR200B features a new user interface that benefits from soft keys to easier access to subfunctions as well as a new “brilliant” OLED—organic light-emitting diode, in case you still have a flip phone—display.

“For years, the sales of our PAR200 exceeded our forecasts. It was clear that this combination was working well for owners of aircraft that are flown for passion versus for business. The PAR200B meets the needs of those whose mission is for flying mostly VFR and in an airplane that doesn’t warrant a costly radio upgrade” said Mark Scheuer, founder and CEO of the company.

The PAR200B uses a remote-mount comm transceiver and has a full suite of audio-panel features, including a four-place intercom with music inputs, Bluetooth compatibility and a speaker amplifier. Radio functions include a dedicated soft key for active/standby transfer as well as menu-driven soft keys for subfunctions such as creating saved frequencies and determining the main-knob function, which switches between frequency selection and setting volume and squelch levels. List price is $3,495.