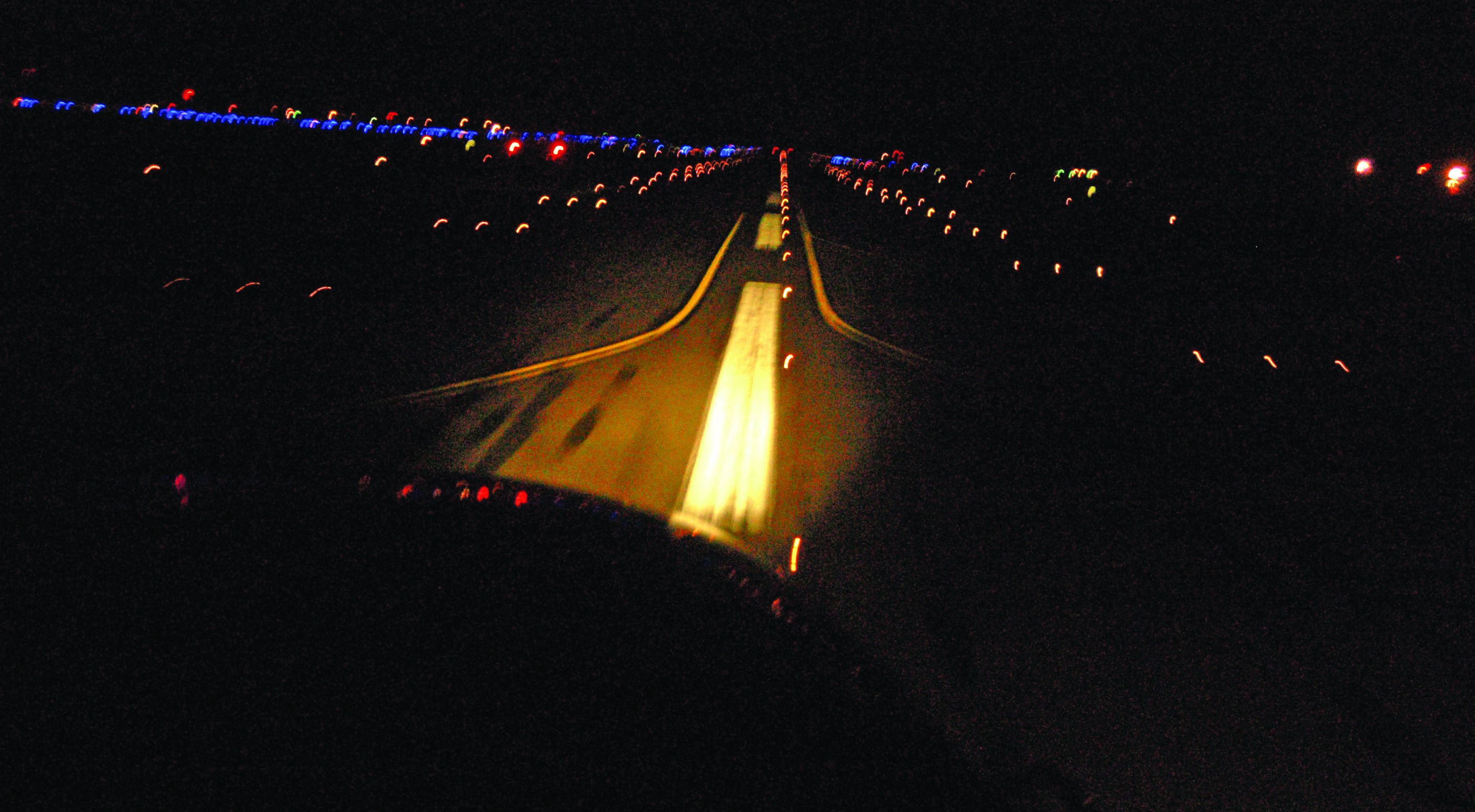 I like to fly at night. The air generally is smoother, there’s less traffic, the ATC frequencies are not as busy and ground illumination, the moon and the stars can compete in one of the best light shows you’ll ever see. Of course, humans were never meant to fly in the first place, and we often have difficulty actually seeing things at night. So we need to be mindful of night flying’s risks and adopt procedures or limitations mitigating them.

It helps to have a firm understanding of how human eyes (don’t) work at night and how the lack of visual cues can scramble our internal gyro instruments to the point we can’t tell which way is up. We especially need to remember that the acceleration of takeoff and initial climb can confuse our internal gyros, so we perceive the airplane is climbing when it’s really in level flight. Or descending.

On good, clear VFR nights near urban areas, it’s usually easy to tell which way is up. Where there are few if any ground lights and ceiling or visibility limitations, we lose the visual cues our multiple-sensor-based gyro system uses for orientation. The inability of those sensors—our eyes—to meaningfully contribute to orienting our bodies means we’re relying in part on a system with known limitations associated with acceleration. See the sidebar below for some of these limitations.

The good news is modern flight instrumentation—when we use it—will keep us oriented when the horizon or other visual cues outside the cockpit aren’t visible. But we have to use all the flight instruments to do this, and understand the complete picture they paint about the airplane’s attitude and trajectory.

A night takeoff in good VFR easily can require exclusively using the flight instruments to establish and maintain the airplane’s desired attitude when there are few illuminated references outside the airplane. Here’s an example of what can happen when we don’t use them.

On June 13, 2017, at about 2210 Mountain time, a Beech E90 King Air impacted terrain during initial climb after takeoff from Runway 24 at the Sierra Blanca Regional Airport (SRR), Ruidoso, N.M. The commercial pilot and the passenger sustained fatal injuries. The airplane was destroyed by impact forces and a post-crash fire. Dark night visual conditions prevailed for the takeoff. An IFR flight plan had been filed for Abilene, Texas.

According to the pilot’s wife, their oldest son played in a championship baseball game earlier in the day. The family arrived at the airport about 2130. She observed her husband perform preflight checks and a runup. She reported the airplane lifted off about halfway down the runway, and “plenty of runway” remained for the airplane to “set back down.” She further reported that the airplane was airborne by the time it flew in front of her truck, and “everything sounded okay.” She lost sight of the airplane as it climbed out and did not see the accident.

The accident site was about 2400 feet southeast of the departure end of Runway 24 at an elevation of about 6756 feet. The wreckage path was on a southeasterly heading and was about 168 feet long.

Both propellers separated from the engines and were in the debris path. They both exhibited S-shaped bending, leading edge damage and chordwise scratching consistent with engine power being produced at impact. Disassembly revealed witness marks indicating about a 30-degree blade angle, consistent with a mid-range power setting. None of the propeller blades were in the feathered position. There were no mechanical anomalies found that would have precluded normal operation of the engines.

The commercial pilot held airplane single- and multi-engine land and instrument ratings. At his last airman medical examination on March 25, 2015, he reported 400 total hours with no hours in the preceding six months. On a January 31, 2017, insurance application, the pilot listed total flight time of 1073 hours, including 197.1 hours in multi-engine land-based airplanes. In February 2017, the pilot completed 25.0 hours of Beech Model 90 initial flight training.

According to the U.S. Naval Observatory, moon rise in Ruidoso was at 2323, and the phase of the moon was waning gibbous with 85 percent of the moon’s visible disk illuminated.

The departure airport did not have a control tower. There were two published instrument obstacle departure procedures for the airport. For departures from Runway 24, both procedures required an immediate climbing left turn while proceeding to a navigational beacon located about seven miles east-northeast of the airport.

The NTSB determined the probable cause(s) of this accident to include: “The pilot’s failure to maintain clearance from terrain after takeoff during dark night conditions.” That’s the most anodyne statement of probable cause we’ve seen from the NTSB in a while.

The NTSB noted the pilot had “reportedly been awake for about 15 hours and was conducting the departure about the time he normally went to sleep and, therefore, may have been fatigued about the time of the event; however, given the available evidence, it was impossible to determine the role of fatigue in this event.” The Board also noted that the circumstances “are consistent with spatial disorientation” but “there was insufficient evidence” whether it played a role.

Taking off and climbing in dark night VFR conditions should be just like in the daytime: We have to establish a positive climb rate. We use the flight instruments to judge the climb’s quality and performance in daytime, so we also should use them at night to ensure we establish the desired airplane attitude. This pilot didn’t. It’s that simple. What’s complicated is why.

According to the FAA’s Pilot’s Handbook of Aeronautical Knowledge, when we can see the horizon and ground, our vestibular system helps identify the aircraft’s pitch, roll and yaw movements. When the visual horizon is lost, the vestibular system becomes unreliable. These illusions can result:

Acceleration during takeoff with poor visual references can stimulate the system the same way tilting the head backward does, creating the illusion of being in a nose-up attitude. The disoriented pilot may push the aircraft’s nose down.

After an abrupt change from climb to straight-and-level flight, we may perceive we are tumbling backwards, the “inversion illusion.” A disoriented pilot may want to push the aircraft into a nose-low attitude, which can intensify the illusion.

This article originally appeared in the June 2019 issue of Aviation Safety magazine.