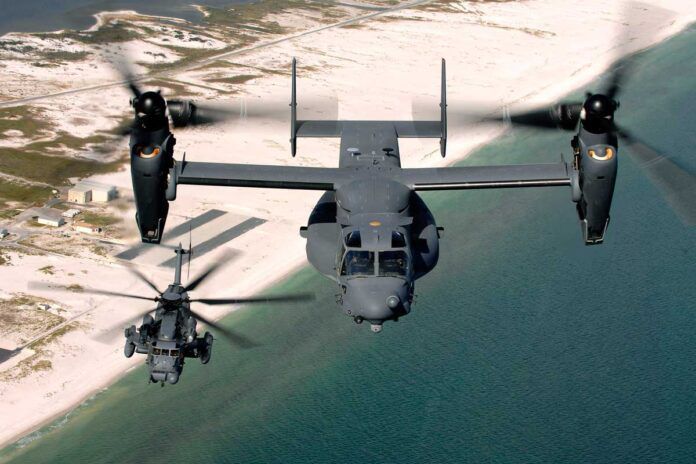 The Air Force Special Operations Command has grounded all 52 of its CV-22 Ospreys because of an issue with the clutch that controls the distribution of power between the engines and rotors. The AFSOC says there have been two incidents in the last six weeks making a total of four in the last five years in which the clutches slipped and caused asymmetrical power distribution to the rotors. None of the aircraft involved crashed, but there have been some hairy moments and the Air Force credits the “skill and professionalism of our Air Commandos who operate the CV-22.”

When the clutches slip, they sometimes reengage, which throws power back the other way, and “if the aircrew were unable to control the aircraft when the incident occurs, it could result in loss of control and uncontrolled landing of the aircraft,” Lt. Col. Becky Heyse told Breaking Defense. “The safety of our Airmen is of the utmost importance, therefore no AFSOC CV-22s will fly until we will determine the cause of the hard clutch engagements and risk control measures are put in place.” It’s not clear how long the tiltrotors will be grounded. The Navy and Marines operate hundreds of the aircraft but there has been no similar announcement from those branches.