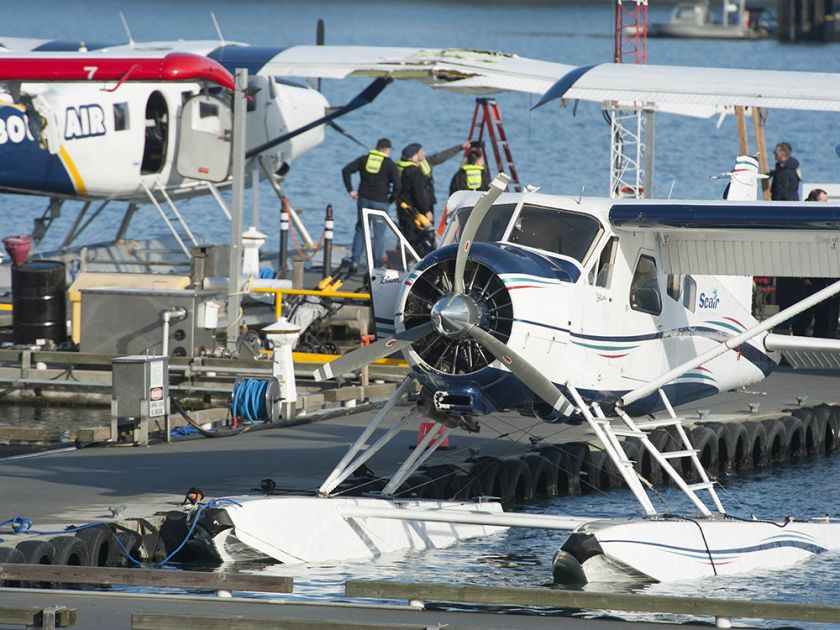 Police in Vancouver, B.C., are looking for a man who managed to get a commercial floatplane started before ramming two others at a seaplane terminal at the city’s harbor early Friday morning and causing major damage. Police were called to the dock about 3:30 a.m. to investigate reports that a man had tried to steal a Seair DeHavilland Beaver moored at the terminal in the city’s downtown harbor. The Beaver’s prop sliced holes in the fuselage and wing of a Harbour Air turbine DeHavilland Otter and also damaged another Harbour Air plane. The Seair Beaver lost a wing and had prop damage. The would-be pilot reportedly fled on foot.

Seair and Harbour Air are among several float-based carriers that operate scheduled service from the Vancouver terminal to some of the hundreds of islands and coastal communities on Canada’s west coast. Most of the aircraft used are historic De Havilland types although some of the airlines operate Cessna Caravans, too. Neither the airlines nor police are discussing how someone might gain access to a plane at the terminal and get it running. The stolen plane has a radial engine that normally requires knowledge and skill to start and operate. Scheduled service returned to normal by early afternoon.