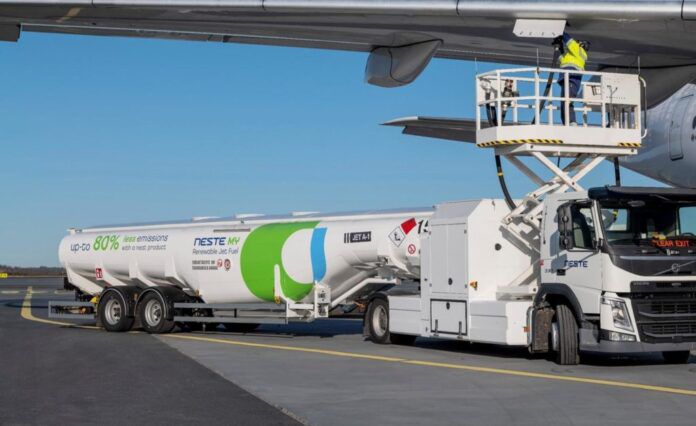 The International Air Transport Association (IATA) estimates that sustainable aviation fuel (SAF) production will have tripled by year-end compared with last year’s output. The association projects a total of at least 300 million liters (79.3 million gallons) of SAF to have been delivered in 2022—up from 100 million liters last year. More optimistic projections call for a final tally of up to 450 million liters before the ball drops in Times Square this weekend.

“There was at least triple the amount of SAF in the market in 2022 than in 2021,” said IATA’s Director General Willie Walsh. “And airlines used every drop, even at very high prices! If more was available, it would have been purchased.”

“That makes it clear that it is a supply issue and that market forces alone are insufficient to solve it. Governments, who now share the same 2050 net zero goal, need to put in place comprehensive production incentives for SAF. It is what they did to successfully transition economies to renewable sources of electricity. And it is what aviation needs to decarbonize.”

The world’s airlines see SAF as a prime component to achieving their pledge to arrive at a net of zero CO2 emissions by 2050 (net zero means that actual emissions are offset by measurable efforts to cut down on CO2 emission is other areas, such as planting trees or preserving forests). Experts project that the renewable fuel could account for up to two-thirds of the carbon emissions reductions needed to achieve the goal, involving the production of 450 billion liters of SAF annually by 2050.