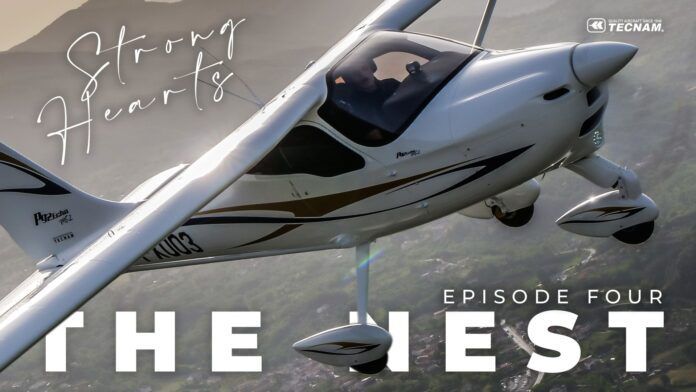 Italian airframer Tecnam has launched “The Nest,” a seven-part series of five-minute YouTube videos offering an inside look at the company, its factory, its products and most important, its people. While the series isn’t shy about the promotional aspect of the “opening its doors,” The Nest is an attractive, eye-opening look at one of the world’s largest GA aircraft manufacturers.

Located in the scenic city of Capua, Italy, the factory and its airfield make for a photogenic video backdrop. Tecnam is clear to point out its heritage, dating back to its inception just three years after World War II. But, said the company, “This process of combining tomorrow’s technology with centuries of heritage steeped in both beauty and innovation, is what has defined Tecnam Aircraft since its inception in 1948.”

The foundation of family is prominent in the video series, with the faces and voices of three generations, beginning with Il Professore—Luigi Pascale—and his brother Giovanni, the founders of Tecnam—and continuing with the company’s current CEO Paolo Pascale and his son Giovanni Pascale Langer, managing director, and Maria Clara Pascale Langer, head of accounting & HR.

In episode 3, Maria Clara explains: “It may seem obvious, but above all family is the first, the most important [company value]. Not just family in terms of blood … but family as people working united every day, side by side, to achieve a common goal.”