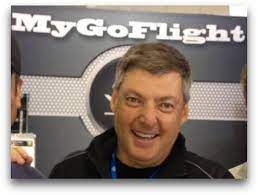 MyGoFlight founder Charlie Schneider told first responders his Cirrus SR22 encountered wake turbulence from an Airbus A320 before it crashed in Knoxville, Tennessee, on Dec. 16, according to the NTSB’s preliminary report (search ERA22LA089 here). While he survived the crash, Schneider died a day later in a hospital. A passenger in the airplane was seriously injured and Schneider credited the passenger and bystanders with extending his life, if only briefly. From the prelim:

“According to first responders, they observed the pilot about 30 feet from the airplane on arrival to the accident scene. They reported that the pilot had third-degree burns on his body and was alert, conscious, and responsive to verbal commands. The pilot stated he was returning from a 45-minute flight, and that he encountered wake turbulence on short final. The pilot said that the airplane lost lift, rolled inverted and he activated the ballistic parachute. He said that the airplane “hit the ground and burst into a fireball.” He said that his passenger climbed over him and assisted him out of the airplane, and bystanders utilized fire extinguishers to extinguish the flames.”

The report says Schneider was shooting practice approaches at Knoxville and was told by ATC to extend his downwind for the A320. After telling the controller he had the airliner in sight, he was told to follow it and that he was cleared for landing. He was about 1.8 miles behind the Airbus and when he was about 1.5 miles from the runway at about 1,000 feet, radar contact was lost.