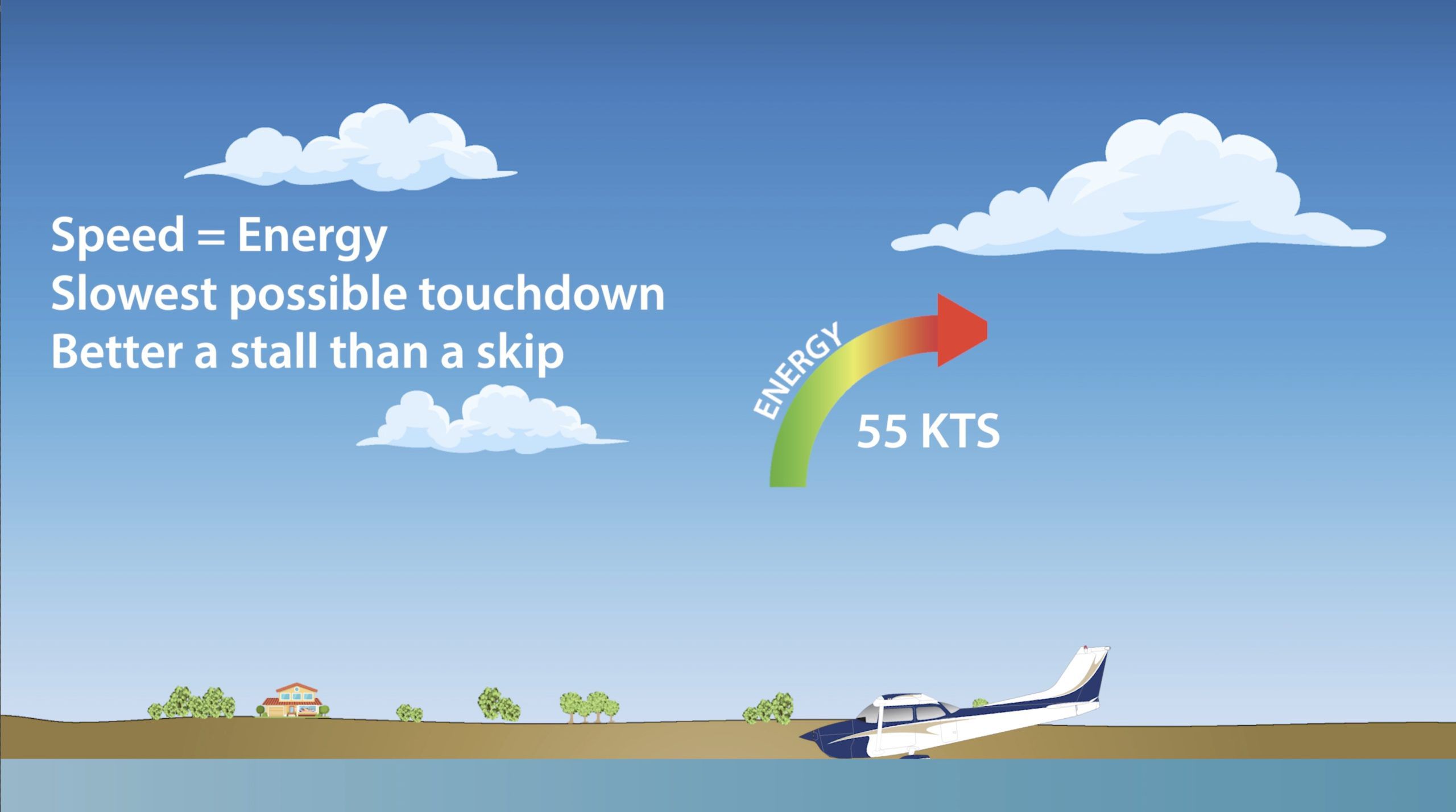 Nice video. We just discussed this at our flight school–we fly out of W29 and the end of the runway is the Chesapeake Bay. Your video helps.

Beach landings are as old as powered aviation. The Wright brothers settled on Kitty Hawk based on wind tables they obtained from the weather service. However, a real plus for Kitty Hawk was that it was sand. Better to land on sand than rocks and dirt.

I had often thought about these silent emergency ldgs like on a beach, golf course, etc. But how can you warn someone that you are about to hit them?

Believe it or not, I carried an air horn which is VERY LOUD. These are made for boaters – compressed air in a freon can.

Wow. What an awesome training video Paul. The photography really brings home a lot of your points. I will be passing this on to some CFIs. Thank you.

Unfortunately, rules are only effective for honest people who actually follow the rules. Adding more restrictive rules will only punish the people who use their drones in compliance with the regulations. Every state and municipality has laws making it illegal to shine laser pointers at aircraft, but there are still several cases each week of someone doing it. Even if drone manufacturers build safeguards into their drones to limit altitude or prevent flying in restricted airspace, it is relatively easy to build your own drone from scratch, thus bypassing any safeguards. As the old saying goes; you can’t fix stupid, no matter how hard you try. A better approach would be to have YouTube and Facebook immediately remove any videos of this type to deprive the poster of the notoriety he is seeking.

All this time, I’ve been railing about the lack of protection for us chopper pilots who daily operate in the “drone zone”, other than blind faith in the drone operator’s, “Trust us.” (Did anything ever happen to the idiot who posted drone footage of an airliner on approach to KLAS, from directly above?)

De-anonymizing drone operations is long-overdue. If I’m required to have ADS-B/out (for ATC’s benefit) drones should have it to protect MY ass.

Poll: Would You Attend A Small Airshow?