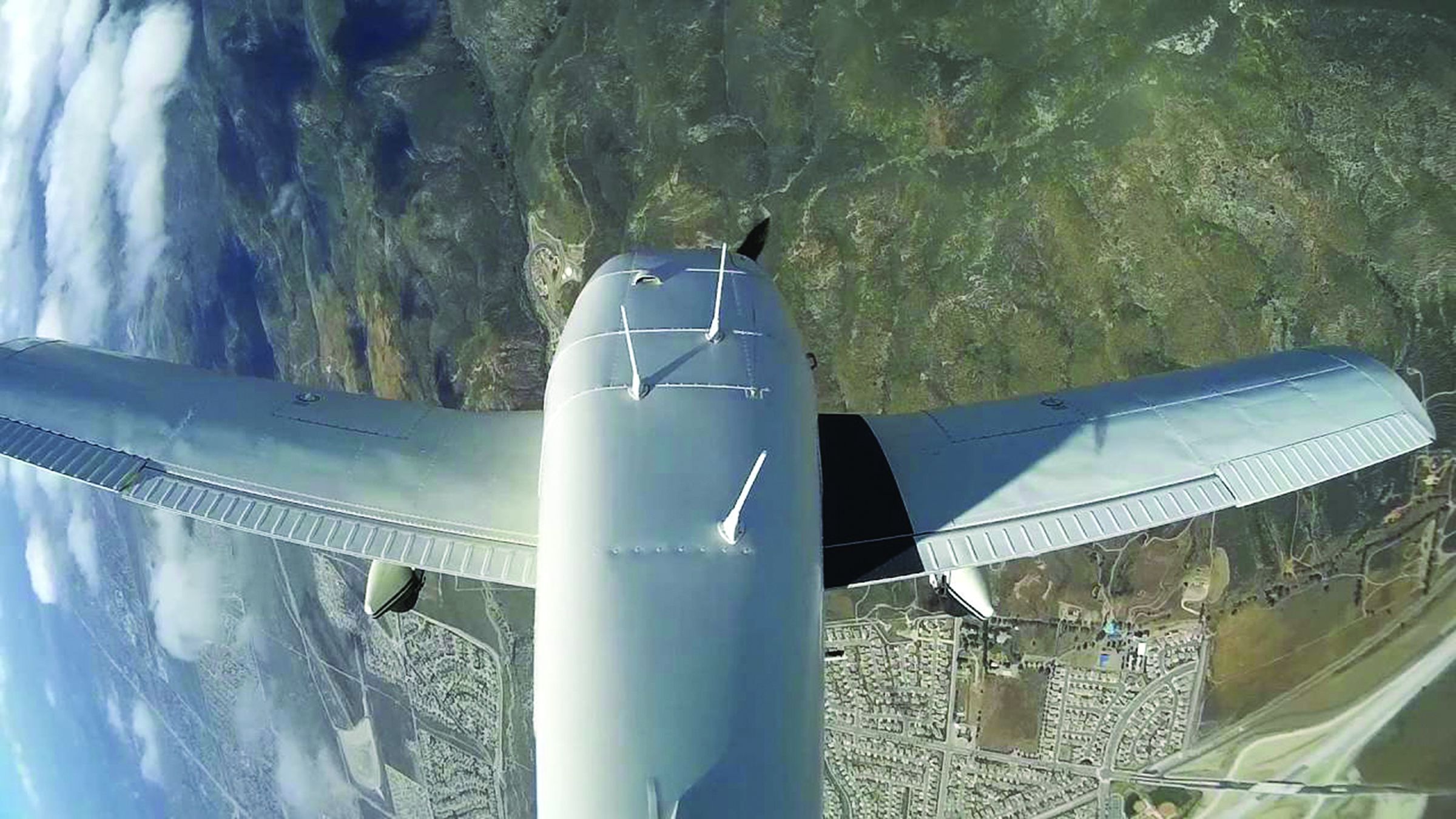 The aviation industry in recent years has highlighted loss of control in-flight (LOC-I) as the leading cause of general aviation fatal accidents. Many aviation organizations, including government agencies, have devoted considerable time and resources to target this problem and develop effective mitigations to reduce the number of LOC-I accidents. Much of that effort focuses on a pilot losing control, and how to train and equip to prevent it, because it’s the final event in the accident chain.

It’s a no-brainer when we point to loss of control as an accident cause when the stall/spin was preceded by steep turns at low altitude. And technology, training and certification are all appropriate avenues for the industry’s efforts to prevent this accident type. Risk management is an important part of that effort—what led the pilot to think steep turns at low altitude was a great idea?—and we may have overlooked poor risk management as a root cause of many—perhaps most—LOC-I accidents.

The general aviation accident record improved slowly and sporadically for many years, from horrible beginnings in the 1940s right up to around 2000. At that point, accident rates more or less flatlined until 2013. After a blip in 2014, it may be beginning a downward trend again. It’s still too early to tell if this trend will continue. The graph below shows the numbers and trends from 1985 through 2016.

This stagnation in the accident rate attracted the attention of both the aviation community and government, including the FAA and the NTSB, who collectively formed the General Aviation Joint Steering Committee (GAJSC), to address these and other concerns. I have recently covered these joint industry/government safety initiatives (“Making GA Safety Policy”), so I won’t repeat that discussion. As part of its activities, the GAJSC worked methodically to identify leading GA accident “causes” and to develop mitigations to reduce the number of these accidents.

Based on the data it uncovered from the NTSB’s findings of probable cause and the details of associated accidents, the GAJSC’s initial effort focused on LOC-I as the leading cause of fatal general aviation accidents. The GAJSC’s methodology included forming work groups to analyze candidate accidents, then develop mitigations—safety enhancements (SEs)—to reduce the number of LOC-I accidents. The work groups ranked the SEs by their presumed effectiveness, feasibility and cost using a complex multi-part formula that considered several factors. They then prepared detailed implementation plans (DIP) for the 34 highest ranked SEs. Additional details of these and other GAJSC efforts, plus comprehensive records of its deliberations, is available on the organization’s web site: www.gajsc.org.

The thoroughness of the GAJSC analysis of LOC-I accidents presents an open-and-shut case for moving forward with their strategy and approach for reducing these accidents in the general aviation community. Indeed, many of the SEs identified will be effective in reducing LOC-I accidents if they are implemented effectively. But there also are hidden and not-so-hidden barriers to seeing what’s really taking place during analysis of data, as it is with any complex, consensus-based approach to solving problems as complex and dynamic as GA safety.

One of these barriers involves NTSB accident reports and data itself—a foundation of the GAJSC’s approach to developing mitigations—which all too often focuses on the final events in the accident chain and not the real root causes of many accidents. I have written about this previously (“Out of Control?”, Aviation Safety, May 2015). In that article, I analyzed 47 fatal accidents associated with loss of control occurring in 2011. In my analysis, I sought to determine whether poor risk management was really a root cause of these accidents and whether the loss of control was only the result of the poor risk management. That search yielded 47 accidents. Of these, only 37 had enough data to determine whether the accident was a result of poor risk management. I found that 30 (81 percent) of the 37 accidents met my criteria for whether it was a “poor risk management” accident or not.

At the risk of covering previous ground, I decided to repeat my analysis for LOC-I accidents, using data from 2015. I selected that year because it was far enough back that the NTSB would have completed their final reports on all accidents in that year.

My procedure for selecting accidents was to use the NTSB’s own aviation accident database to obtain the final report of probable cause. I selected all fatal accidents for that year by adding the key words “loss of control” in the search request. I limited my search to airplanes only and included amateur-built aircraft. I included all general aviation regulatory parts (Part 91, 135, 137, etc.).

My sample of 2015 fatal accidents yielded 56 NTSB files. Of these, 13 lacked enough data for the NTSB to determine the probable cause and/or had insufficient data for me to distinguish between a root cause involving poor risk management or lack of basic airmanship skills. One additional accident resulted from a sudden engine failure that could not be attributed to either poor risk management or lack of skill. That left 42 files with enough data for me to make a root cause determination in the manner I described in the sidebar “Root Cause Criteria” below.

Cutting to the chase, my examination of the 42 files showed that 31 (74 percent) of the accidents could be attributed to poor risk management. Of the remaining 11 accidents, I concluded that the root cause of nine (21 percent) were due to poor “stick and rudder” skills while two (five percent) resulted from inadequate instrument-flying skills. I would also note that many of the skill accidents, as well as many of the risk management accidents, had information in the files suggesting pilot deficiencies in other single-pilot resource management (SRM) competencies, such as automation management, task and workload management, and situational awareness.

Each of the 31 accidents that I assessed as due to poor risk management displayed one or more or the four risk categories that comprise the PAVE acronym (for the risks posed by Pilot or Aircraft shortcomings, plus Environment challenges and External pressures). Environment-related risk factors led the pack, being indicated in 23 of the 31 accidents. This was followed by pilot-related (20 accidents), external pressure-related (16 accidents) and aircraft-related (12 accidents). The sidebar “Some Typical Risk Management Accidents” below briefly describes several accidents in my sample.

The results of my analysis are consistent with my earlier study of 2011 accidents I reviewed in my May 2015 article. This time, however, I wanted to dive a little deeper into the data to see if it could give insights into whether the GAJSC-proposed interventions would be effective in reducing LOC-I accidents.

I reviewed the 34 safety enhancements that the GAJSC proposed to address LOC-I accidents to correlate how they could have prevented the accidents in my sample. For example, would touting the benefits of angle-of-attack indicating systems on new and existing aircraft make a dent in stall/spin accidents? In my sample, it would be difficult to infer this result when applied to the seven stall/spin and low-altitude operation accidents. Instead, I assessed four of the seven accidents as being due to poor risk management. All these accidents occurred at low altitude, where recovery from a stall would not have been in time to prevent ground impact.

The GAJSC report on LOC-I acknowledges the difficulty in reaching the GA pilot population with its message and products. In response, I suggest the best way to reach pilots would be to standardize instruction and flight reviews so that pilots become familiar with risk management, resource management and aeronautical decision-making (ADM). Each of these three subjects is addressed by an SE in the GAJSC report.

However, none of the SEs provide any assurance that materials such as announcements and articles will filter down to pilots. Nor can they. For example, the statements for both the ADM (SE-3) and SRM (SE-24) safety enhancements promote “raising awareness,” “communicating,” and “promoting” but do not explain how safety information and useful techniques will actually get into pilots’ hands. This shortcoming is all about the GAJSC’s status as an advisory body to the industry and the FAA, with limited ability to force its solutions on the agency.

So, what do I think should be done to reduce LOC-I accidents? It should be no surprise to the reader that I advocate risk management (and SRM) training for all pilots. The new Airman Certification Standards (ACS) require risk management proficiency for all certificates and ratings, but the FAA has yet to issue guidance to flight instructors on how to teach practical risk management. As a member of the ACS Work Group, I’m already tackling that problem.

It’s also worth noting that the effectiveness of all the working group SEs depends entirely on how the aviation community embraces, interprets, and follows through on the implementation recommendations for that SE. The GAJSC has committed itself to following through with the detailed implementation plans for the SEs selected for advancement. For more information on the GAJSC’s loss-of-control initiative, including the working group’s reports, visit their web site at www.gajsc.org.

Meanwhile, here’s what you might consider doing to lessen your chance of being involved in a LOC-I accident:

Take a risk management or SRM course. Several of these are available online and will provide you with the background you need to manage risk.

Conduct a risk analysis for every flight. One way to do this is with a flight risk assessment tool (FRAT). The National Business Aviation Association has one available [PDF] online.

My criteria for determining whether poor risk management was a root cause or not follows the process I have used in previous articles on this subject. After analyzing the accident report, I determined whether the hazard or event that precipitated the accident was, or could have been, identified, assessed and mitigated by the pilot such that the accident could have been avoided.

Similarly, an accident resulting from a pilot trying to land in a 35-knot direct crosswind in an airplane with a 10-knot demonstrated crosswind component may primarily be attributed to poor risk management instead of skill. On the other hand, if the accident results from a pilot trying to land on a 200-foot-wide runway in calm winds, it is not an accident due to poor risk management but rather an accident attributable to inadequate basic airmanship.

The following seven accidents (labeled by NTSB “defining event”) were typical examples of poor risk management in my sample of 56 accidents.

It’s worth noting that, in terms of total effectiveness, the working group’s ranking of SEs showed that interventions such as aeronautical decision-making (ADM) and single-pilot resource management (SRM) scored higher than the technological solutions such as AoA indicators. All that remains is for the FAA and the rest of the industry to find ways to implement them.

Robert Wright is a former FAA executive and President of Wright Aviation Solutions LLC. He is also a 9900-hour ATP with four jet type ratings, and he holds a Flight Instructor Certificate. His opinions in this article do not necessarily represent those of clients or other organizations that he represents.

This article originally appeared in the March 2019 issue of Aviation Safety magazine.