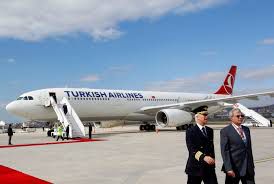 Turkey is tackling pilot retention by barring pilots from going to work for carriers in other countries. The authoritarian government’s Directorate General of Civil Aviation has changed the rules and will not allow Turkish pilots to transfer to foreign carriers for at least the next six months. According to Airways Magazine the change is being made to ensure adequate staffing for domestic airlines during the summer and beyond. The publication is reporting that “the applications of flight crews who want to join foreign airline companies without a permission certificate will not be accepted.” Turkish pilots are reacting, but carefully.

The Civil Aviation Union of Turkey released a statement on Wednesday saying it’s considering its options. “We will be in contact with DGCA in the coming days … and at the same time our legal consultancy is conducting an investigation,” the union said in a statement. “Our initiatives will continue to protect the interests of our members.”