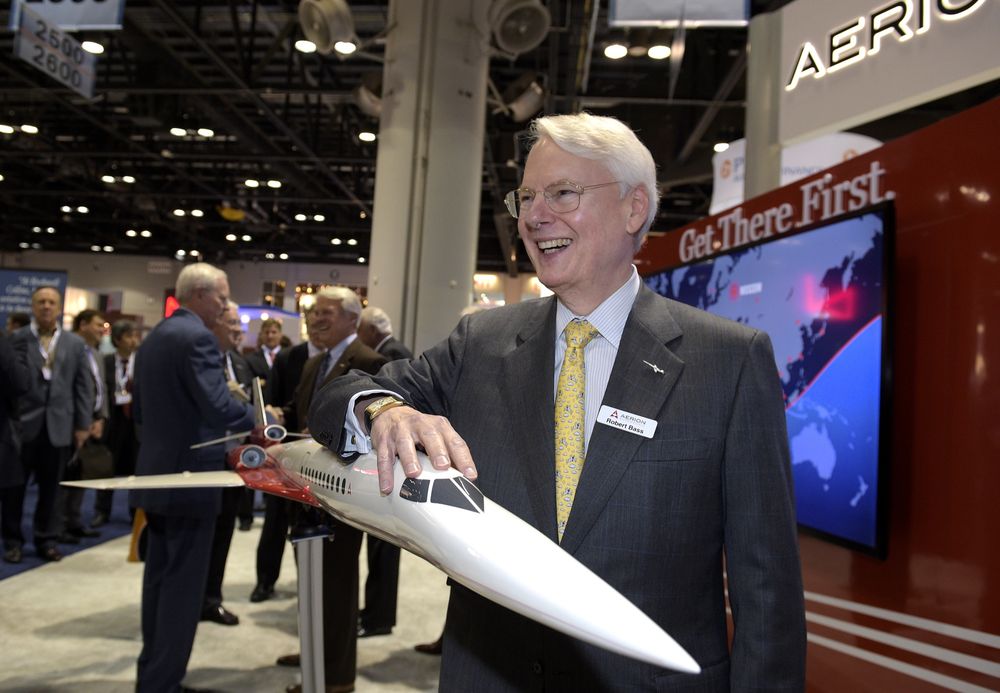 While my long suffering wife has called me many versions of the same thing, often in colorful language, I would not characterize myself as a wild-eyed romantic. Yet my life, and by extension hers, is littered with the unfinished, sometimes half-baked and, I hasten to add, modestly successful flights of fancy that, to me, make life interesting.

It’s almost always messy, frequently expensive and occasionally satisfying and there doesn’t seem to be anything I can do to stop it. But that doesn’t mean we live in a refrigerator box. One must do what must be done, after all.

So, when I first heard that Aerion, certainly one of the aviation industry’s most ambitious and expensive startups, had failed to launch after 17 years of trying and untold millions spent, I didn’t know what to make of it.

If ever there was a perfectly planned, well financed and thoroughly rational project, it was Aerion.

Having a billionaire backer is a big bonus in the quest for a multibillion-dollar project. Next, line up the best and the brightest established aviation legends to join the board and finally get working early on having the FAA write a whole new chapter of regs to facilitate the dream.

From the start, Aerion was impressive. Its slick presentations at the major shows and its measured progress reports, always hopeful but also realistic, oozed confidence and reason.

But something always nagged at me and it did others in the aviation press corps. As time went on, the slickness and the oozing continued but there was nothing to show for it.

We were told that wind tunnel tests were underway and I have no reason to believe they weren’t. At one point the future airplane underwent a complete redesign and we all dutifully included it in our coverage but with little but some artist’s renderings and a lot of engineering talk as a foundation.

About five years ago, there was open cynicism about Aerion. For me, the turning point in my attitude toward Aerion was the announcement that General Electric had agreed to develop the engine. GE didn’t get to where it is by squandering resources but it also had to take some risks along the way. That GE thought Aerion was worth betting on made the whole project more real to me, as real as tossing around billions of dollars will ever get to me anyway.

I think it had a similar effect on some others. The order book became downright impressive with big-name fractionals and some of the world’s most notoriously rich willing to buy 92 of the $120 million planes. That’s more than $10 billion in orders against a launch cost that the company repeatedly estimated as about $4 billion.

Not only that, the FAA had begun regulatory work to allow for testing and to lay the groundwork for having “boomless” supersonic jets zipping over a blissfully silent land (not counting the neighbor’s leaf blower).

And yet, the company pulled the pin because it couldn’t raise the investment money it said it needed to overcome all those admittedly daunting challenges. Assuming the company was being straight about all the reams of information it had dispensed over the years, this should have worked. Everything was there except a couple of things.

As well done as Aerion’s public persona was, it lacked, for the wont of a less overused term, passion. The perfectly coifed and suited captains of aviation who showed up for the shows and the hired hands that buzzed around them exuded competence and even grace. I never saw one of them break a sweat.

That’s such a contrast to ducking the spittle during one of Alan Klapmeier’s full-throated diatribes on the Cirrus jet or even the almost shy and reserved Dick VanGrunsven standing for hours on end in the hot Palm Springs sun explaining every detail of the latest RV to anyone who wanted to listen.

Most importantly, there wasn’t an airplane. Even a full-sized mock-up would have helped but when you’re selling something, there has to be something for buyers to touch and wonder at. Other bizjet companies figured that out a long time ago. We are tactile creatures and the most professional and thorough spreadsheets, drawings and paintings can never substitute for sitting on the seats and looking out the windows.

In short, where Aerion failed was perhaps in the least expected way. For all the experts they attracted and all the big names they got on board, they didn’t have a salesman, an unabashed cheerleader who could describe a world that couldn’t live without supersonic transport.

Aerion’s demise isn’t the end of the quest for civilian supersonic flight. At least a couple of other companies are working on it and the Air Force’s interest in a supersonic version of Air Force One has added some sizzle to the pan but I think before any of those ventures can succeed, they need to generate some excitement, not to mention huge amounts of cash.

I wonder if Elon Musk would like to pick up the pieces? That would be interesting ….

And if you know anyone interested in four rusting Toyota Landcruiser hulks that would make two really great examples of the greatest SUV of all time, give my wife a call. She seems to think they should go.