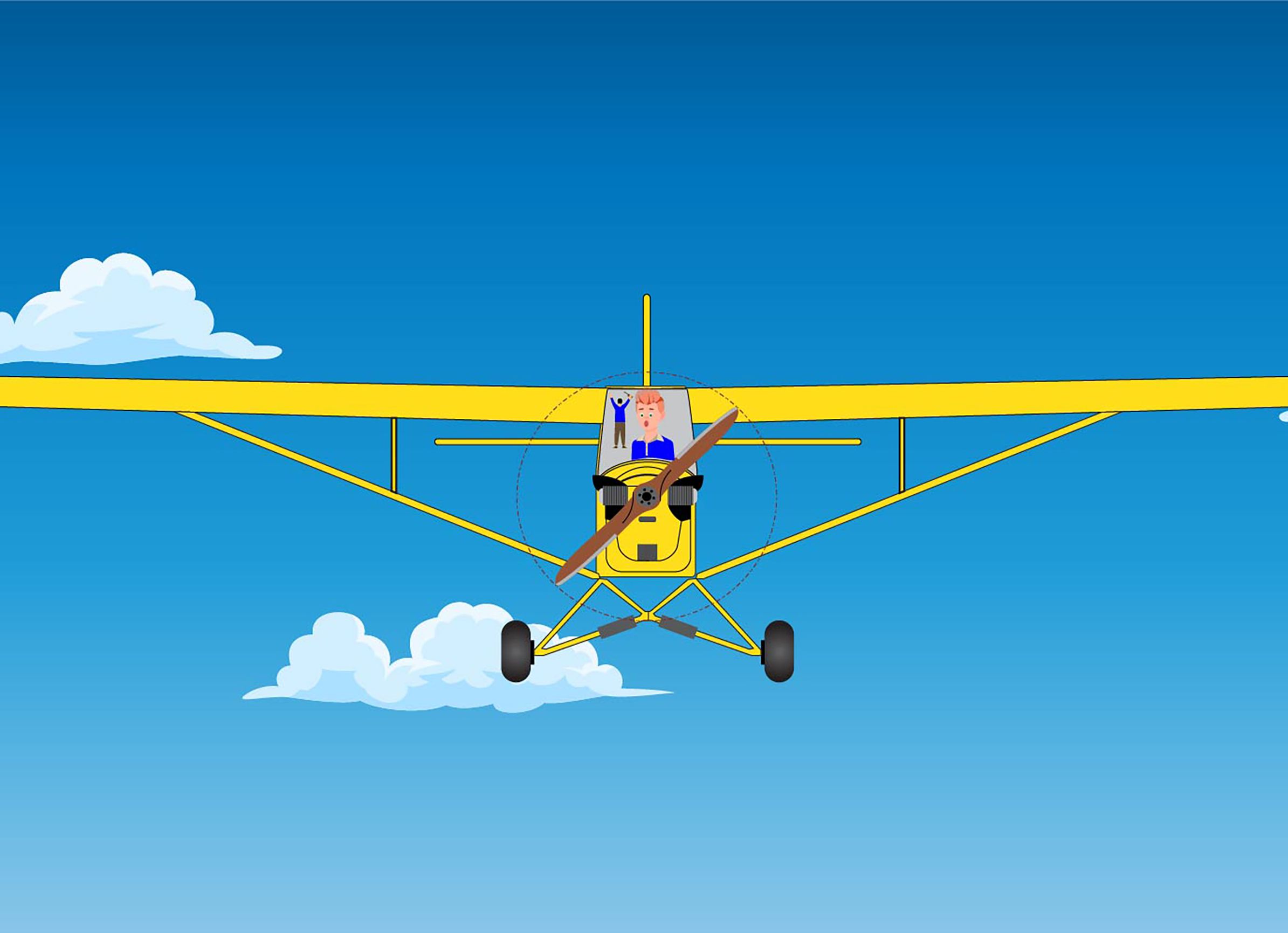 Of all the passions the human condition can summon, the appreciation of fine art, the attraction to epicurean delights, the enlightening experience of exotic travel, the devotion to beautifully composed music—even golf, for God’s sake—on certain days, none are more enervatingly futile as flying airplanes. But at least doing so is consistently expensive.

And here, a trigger warning. If you tend toward the pollyannish with regard to your interest in aviation, stop reading now. If you now or have ever actually teared up when reading High Flight, stop here. If you have ever uttered the phrase “we’ve got to encourage the next generation to become pilots,” tap the brakes. You could be entering the hot zone. Otherwise, proceed at your own risk. Also, I’ll admit this is a recitation of First World problems. But I live in the First World, so let’s also collectively get over that.

The other day, I decided to go flying. Bless me Father, but it has been several months because I had a minor foot injury to recover from. When I arrived, the right hangar door wouldn’t open. Wouldn’t budge, in fact. The reason is that our hangar, being a coastal dweller, is pretty corroded. Normally, when I open the door, little flecks of rust rain down so I carry a comb to flick them into a little pile for later disposal. This kind of acceptance of the bizarre is a normal thing in aviation, I think. There may be an equivalent in golf. Spill it in the comments.

I reported the door problem to the airport administration who said the contractor was awaiting parts. It would be awhile. Meanwhile, being a top-notch service-oriented airport, they generously offered me another hangar that happened to be available. The maintenance crew kindly pried open the door for me so I could extract the Cub.

It’s a superb hangar, the loaner is. Newish, drywalled on the inside—drywall!—and with a sealed floor. The previous occupant left some oil stains but apparently never had to slum to combing rust flecks out of his hair. On the other hand, the hangar is in a bad neighborhood. (I’ll get to this.)

Comfortably settled in my temporary quarters, I tugged the Cub out for the first flight in weeks. Before starting, I always check the radio. Stone-cold dead. New batteries didn’t bring it alive. It’s one of those new Sporty’s PJ2s loaned to me for long-term test. There have been issues with the battery box that they’ve since sorted out. But at $199, even if it lasted just a year, I’d buy another one. It outperforms the Icoms, sounds better and is easier to use. It also has full-size jacks, a huge plus.

But dead is dead. At this point, I’m on my third attempt to fly. Back in the Rust Palace was the Icom IC-A6 the PJ2 replaced. Still has the Velcro on it to mate to the mount. I laboriously clean up all the contacts, switch the batteries and stick it in the Cub. Good to go. Except … no audio. No radio-like sounds or pilots cursing one another in the pattern issues forth. I have exhausted my resources for the day and vow to return the next day with another Icom, an IC-A-22 I have at home that I’m pretty sure works.

Except it doesn’t. Cleaned up contacts and fresh batteries yields a paperweight with a rubber ducky. So ends day four. Somewhere, I think, I have one more radio and sure enough, after an hour of searching, I find an absolutely ancient A-20—Marconi signature series—clean the contacts, install the batteries, plug in the adapter, slap on the Velcro and it yields scratchy audio and weak transmission. It’ll do.

And on the fifth day, there was flight.

So this sort of thing—the man-against-nature (or machine), the meeting of daunting challenges and the thrilling satisfaction of overcoming adversity but is really just &^%ing around with batteries—is something the would-be aviation acolyte should be made aware of while still in the wide-eyed phase. It’s possible this might really appeal to some people. It’s possible that it once appealed to me, but, bless my heart, it no longer does. It’s similar to smashing my nether parts with a ballpeen hammer.

Adding to the annoyance is that I know I could fly the Cub without a radio, since Venice is non-towered. I don’t do this not because I think it’s particularly risky, but because it annoys other people who think it is. They get agita and transfer it, as if by magic, to me. Then I get pissed because I secretly suspect they’re probably right but wish they could come around to being more expansive about the need for radios in the pattern.  I sometimes think the art of flying without a radio is maybe a Midwest thing, but on the coasts, it’s apparently like black socks with sandals. One simply doesn’t.

Now, about the hangar neighborhood. The hangar faces south. Good. Lots of sun to match my effervescently solar personality. It faces the intersection of the two runways. Good. You can watch the airplanes take off and attempt to land. It also faces the runup area. Not so good. When I learned to fly, I’m pretty sure the runup took about 20 seconds. Push it up to 1700 RPM, mag check, see if the alternator and vacuum pump worked and maybe cycle the prop. Now, the two-minute screeching runup seems to be a thing among CFIs, even in a Cessna 150. Anyway, all that noise rolls into the open hangar—where I am ankle-deep in alkalines—and I’m suddenly sympathetic with the noise Nazis off the end of Runway 5.

The hangar also faces a transient tie-down ramp where there happens to be parked an Eclipse jet. You remember them, right? The game-changing jet that turned into an aeronautical Chernobyl, but without the glow-in-the-dark radiation. For some reason that I can’t imagine, the Eclipse owner decided it would be a good idea to start the airplane and taxi it right in front my loaner hangar and park there whining away for, I dunno, four hours? It was probably less, but it was enough to fill the hangar with the eye-watering fumes from his engines, the wind being out of the south and directly into where I was standing.

Those little Pratt PW600s are really quiet, but not when they’re running 76 feet from where you’re standing downwind. I know it was 76 feet because I paced it off after he finally taxied away. If you own a jet, a turboprop or hell, anything that makes noise, don’t park for that long in front of someone’s occupied hangar. The guy in that metal box could be one undervolt Duracell away from Falling Down.

I’ve forgotten what point I was trying to make here, but while I think of it: Does golf require batteries?