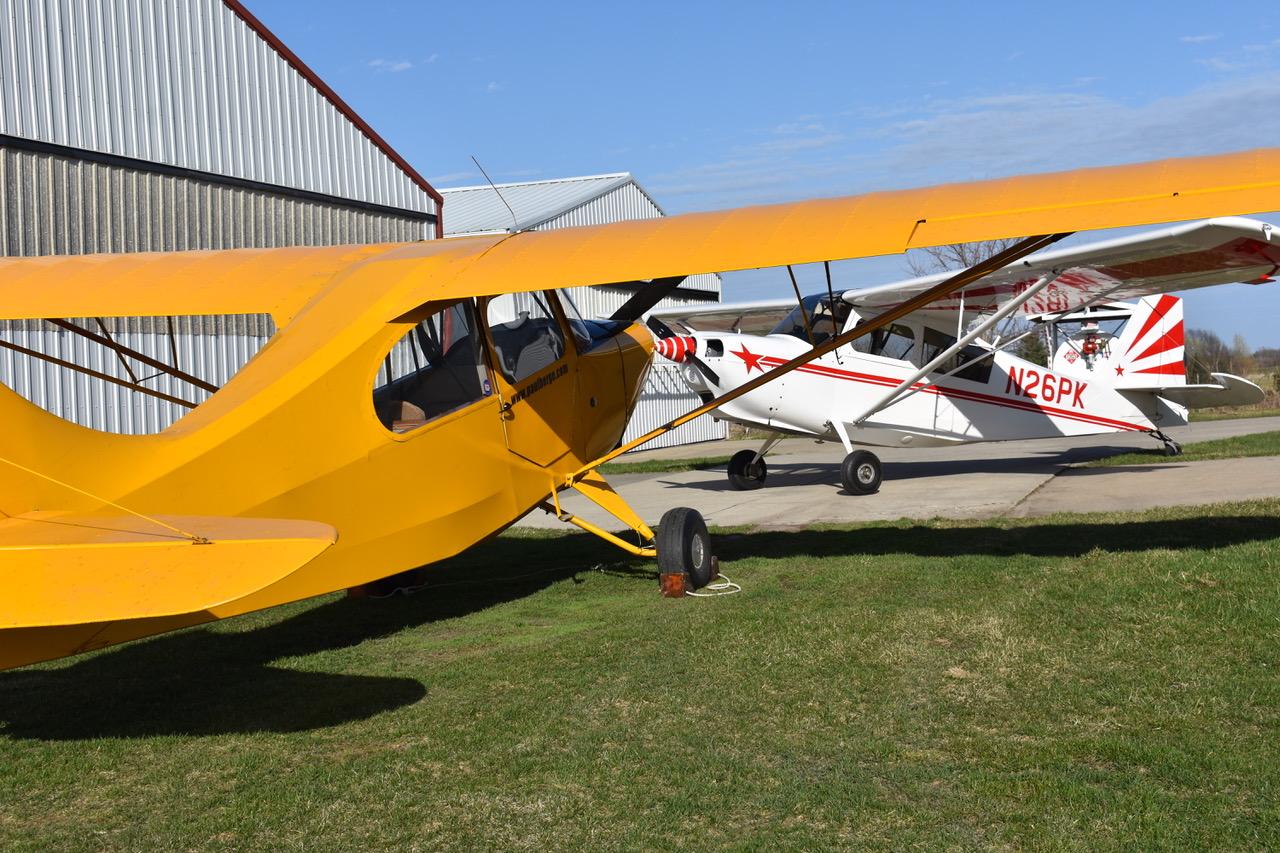 What is it about me that makes officials I’ve never met ask if I’m human? More intrusively, they don’t merely enquire if I identify as homo sapiens but, instead, demand that I prove that I’m not a cyber-blooded aero-other—a robot. I refer here to the demeaning process many suffer when attempting to achieve any level of internet self-actualization, a fool’s errand I realize. Specifically, I was recently challenged when ordering a case of oil filters for GiGi, my 7ECA Citabria, who is also not a robot and would be offended, knowing somebody asked. She’s Canadian by birth so would be outwardly polite about it.

GiGi is competent, reliable but incredibly fussy, unlike her considerably older cousin and hangar mate, Quinta, a septuagenarian Aeronca Champ, who still loves to splash in the mud after a thunderstorm or throttle back to glean lift from thermals and float alongside bald eagles that are surprisingly common here in Iowa. Surprising, that is, to pilots not from here. Easily misidentified as turkey vultures by those who’ve never soared with either, eagles—these tremendous birds of metaphor—are snobs, harboring little interest in aviation the way human aviators do. This because a higher authority gifted it to them. Their birthright of effortless flight dulled the eagle’s romantic appreciation for what we featherless commoners cherish. While we paste their images on rusty pickups and breathlessly track their lines of succession whenever one fledges from the royal nest, they, in turn, shrug off their entitlement, even though eagles could not exist without it, a twisted symbiosis they choose to ignore.

To fast-climbing human pilots, eagles are something noted on a bird strike form (FAA 5200-7) with sad reverence, if one possesses any soul. Not so much soul required for vulture strikes. They’re flying raccoons, buzzards to some, spiraling in Lufbery circles over highways, looking to engorge themselves on putrefying unfortunates below and treating flight as a technical means to ameliorate recurring need. Or as vultures admit, “We know we’re unpopular, but it’s our job to process others’ misfortune.” I believe that’s also the FAA’s Aeromedical Certification motto.

Eagles, by contrast, will occasionally feast off similar pickings when fresh salmon isn’t in season, but if you’ve ever flown formation with one—and shouldn’t, because that would be illegal under a talonful of wildlife protection rules—you can’t help but stare, gobsmacked at these stunning but, frankly, arrogant flyers. Arrogant the way silent movie stars were. “Look upon me. I’m beautiful, gifted, and no matter how hard you mimic, you’ll never be me.” Then the talkies hit like a Boeing Triple Seven nosecone and stymied that Norma Desmond pretense.

GiGi, the Citabria, suffers from eagle envy but won’t admit it. She’s statuesque. Honed from Calacatta marble, white with a red starburst that she would never willingly expose to a soggy runway, lest something unpleasant spritz her delicate nether regions. Soar with eagles? Hardly. That would mean sharing the spotlight with someone whose naturally white head and tail feathers might upstage her polyester own. Quinta, by contrast, is the neighbor’s puppy that’s always off lead and plants filthy paws on your Top Gun fantasy flight suit, because she’s so happy to see you—or anyone. Hard to believe they come from the same family.

I love them both. In winter, I love GiGi’s cabin heat. In summer when her 115 nominal horses struggle to lift two humans from a grass runway, blaming what she derides as “the myth of density altitude,” I then favor the Champ. Despite a considerably lower useful load and 50 fewer ponies, the old Aeronca has never understood what maximum gross weight truly implies, because she’s hauled tons of happy Iowa butts on warm days, while GiGi recovers in the shade from an attack of the vapors.

Still, GiGi, shiny with aileron spades to give that power-steering boost to insensitive pilots who fancy a quick roll in the clouds, does her best while quietly masking her limitations. She’s no Decathlon or Scout, all muscle and noise. Nor does she qualify to watch herself gavotte with the swelt LSA crowd Quinta frequents. Gigi knows her role, plays it well and bows gracefully after each performance. For that I make sure she remains cleaner than Quinta and receives fresh oil filters before asking, which is why I get so irked when some online retailer that wants my money demands that I first proclaim, “I am not a robot!” simply because, like many human pilots, I can’t remember my stinkin’ password.

To that blind checkout entity at the Aeroparts R Us Warehouse who challenged my being, I ask: Can a robot appreciate GiGi and Quinta sharing the sky with bald eagles? Methinks not. To bolster pilotdom’s collective humanity, I refer your conscience—if you possess one—to Shakespeare’s Merchant of E-commerce (Act 3 Scene 1): “Hath a pilot not eyes? If we repeatedly, and without enlightenment, bump our heads unto struts, do we not bleed? And sweareth?” Verily, I am human and wish to be treated as no less!

We pilots are flesh, blood and, with FAA Aeromedical Division blessing, can present a certificate, proving such. Online administrators, demanding I attest to no hint of familial robotic relationships, threaten the illusion that we humans are in charge. And to those who would impel our diminution by reprogramming the very intellectual processes that separate us from the cyber horde, mark well my pledge through the Bard’s own words: “The villainy you teach me I will execute, and it shall go hard, but I will better the instruction.”

Assuming I can figure out what that means and reset my password.