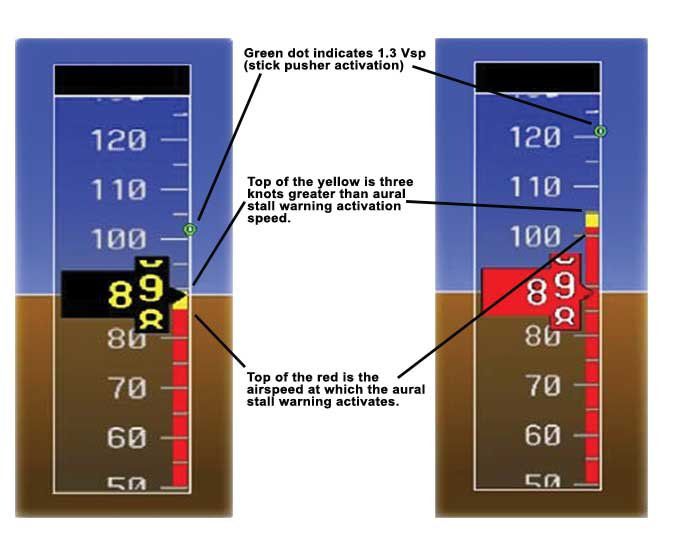 There’s no question that increased automation capabilities in the typical general aviation cockpit over the last, say, 20 years has improved pilots’ lives. The usual cautions about possible effects resulting from over-reliance on all the magic in our panels still apply, however, and not just because of inevitable programming or mode-select errors. As demonstrated by accidents like Air France Flight 447 and Colgan Air Flight 3407, when the autopilot kicks off is not a good time to be disconnected from the airplane’s feedback loop.

But none of the “help” pilots receive from automation makes us invincible. Just as no aircraft is immune to a thunderstorm, it’s also not immune to poor airmanship. Regardless of how well we can enter a flight plan and punch direct, we’re only invincible if we make wise decisions. When and how to configure an airplane for its flight conditions is one of those decisions. All the equipment that helps make us “invincible”—weather radar, great performance, known-ice capability, ADS-B In—isn’t worth its weight if we don’t turn it on.

On December 8, 2014, at about 1041 Eastern time, an Embraer EMB-500 Phenom 100 crashed on approach to Runway 14 at Montgomery County Airpark (KGAI), Gaithersburg, Md. The airplane impacted three houses and the ground about mile from the runway’s approach end. A post-crash fire involving the airplane and one of the three houses ensued. The pilot, the two passengers and the three people in the house died. The airplane was destroyed.

It was arriving on an IFR flight plan and had broken out into visual conditions after a flight from Chapel Hill, N.C. At 1031:21, when the accident flight was at 5000 feet msl and about 18 nm west-northwest of the airport, ATC cleared it for the (RNAV) GPS Runway 14 approach. At 1040:45, when the airplane was at 1300 feet msl and 2.5 nm from the runway, the pilot transmitted on CTAF that he was three miles out for landing on Runway 14. At about the same time, a pilot-rated witness saw the airplane emerge from the overcast with its landing lights on. The airplane then performed what the witness described as “an uncontrolled S-turn.” It then rolled in the opposite direction to an inverted attitude and disappeared behind trees, impacting the ground.

The AWOS weather observation at 1035—about six minutes before the accident—included: wind from 040 deg. at six knots; 10 sm visibility 10; few clouds at 2100 feet agl and an overcast ceiling at 3200 feet agl; temperature -1 C. Weather radar depicted several bands of light-intensity precipitation or snow that extended over the airplane’s flight track during the descent and approach.

Investigators could find no evidence the pilot had obtained a preflight weather briefing from an FSS or a DUATS provider. Some 17 Pireps were issued between 0845 and 1045 for conditions along the airplane’s route. About one-third of them indicated structural icing conditions between 2500 and 5300 feet msl. At 1045—about four minutes after the accident—an air carrier turboprop northwest of the accident site reported moderate mixed icing conditions between 4000 and 5000 feet, and a temperature of -7 C at 4000 feet.

The airplane’s equipment included a cockpit voice and data recorder (CVDR) capable of recording crew conversations, and a variety of aircraft performance and configuration parameters, including status of the anti-ice and deice systems, and the status of the autopilot its quick-disconnect switch.

Based on the observed weather at the destination, the pilot should have turned on the airplane’s engine anti-ice system, an action required by the airplane flight manual when the total air temperature is below 10 C with visible moisture (including clouds). Additionally, data show the pilot set the landing reference (VREF) speed at 92 KIAS, a speed calculated using performance data for when the wing and horizontal stabilizer deice system is turned off and at a weight less than the airplane’s actual. Instead of 92 KIAS, VREF should have been set at 121 KIAS, per the appropriate Normal Icing Conditions checklist and accurate airplane weight, and the pilot should have flown the approach at VREF plus five knots, 126 KIAS, to account for the icing conditions.

According to the NTSB’s investigation, the autopilot was used to fly the approach, including the glidepath; the Phenom 100 is not equipped with autothrottle capabilities. The airplane descended “on course and glidepath” until it got too slow and, “with the autopilot still engaged, the airplane rolled” right 21 deg. Less than a second later, “the first aural stall warning sounded at an airspeed of 88 knots; the autopilot, which is designed to disconnect if a stall warning signal is received, disconnected about the same time.”

The NTSB determined the probable cause of this accident was “the pilot’s conduct of an approach in structural icing conditions without turning on the airplane’s wing and horizontal stabilizer deice system, leading to ice accumulation on those surfaces, and without using the appropriate landing performance speeds for the weather conditions and airplane weight, as indicated in the airplane’s standard operating procedures, which together resulted in an aerodynamic stall at an altitude at which a recovery was not possible.”

The NTSB’s investigation concluded ice had accumulated on the wings and/or horizontal stabilizer. The airplane entered an aerodynamic stall at a higher airspeed than would occur without ice accumulation, and stalled before the aural stall warning sounded or the stick pusher activated. Because the pilot had not activated the deice system, the airplane’s “glass panel” airspeed display did not indicate the correct stall warning speed.

An NTSB aircraft performance study found there would have been sufficient margin above and warning of an aerodynamic stall had the wing and horizontal stabilizer deice system been used during the approach. Once the airplane stalled at about 300 feet above field elevation, however, its altitude was too low to recover.

Maybe the pilot thought all the capability of his airplane made him invincible. Under normal circumstances, maybe it did. But the cloak of invincibility doesn’t work if you don’t turn it on.

Jeb Burnside is the editor-in-chief of Aviation Safety magazine. He’s an airline transport pilot who owns a Beechcraft Debonair, plus the expensive half of an Aeronca 7CCM Champ.