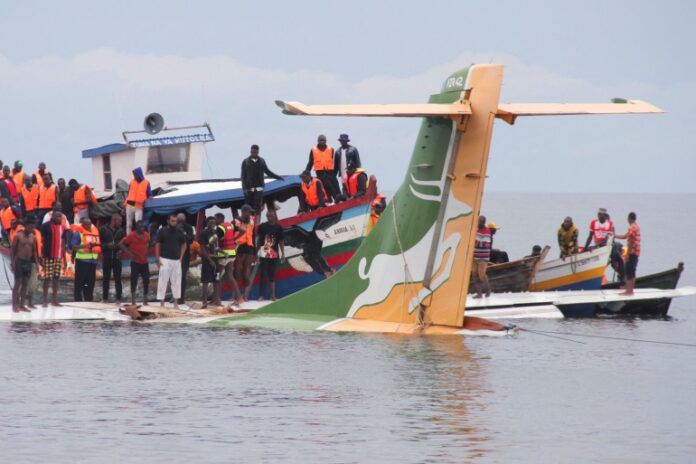 At least 19 people were killed in crash of a Precision Air ATR 42 near the shore of Lake Victoria in Tanzania on Sunday. There were 43 people on the flight manifest but two of those killed were not listed. It’s not clear if they were rescue workers or airline workers who were not on the manifest. “We will investigate where did the other two come from,” said Prime Minister Kassim Majaliwa. According to a CNN report, at least 26 people were rescued from the aircraft, which ended up in shallow water near Bukoba Airport, which is adjacent to the lake.

The aircraft was on a flight from Dar es Salaam. After the crash, survivors climbed on to the wings to await rescue. The BBC is reporting that the accident occurred in bad weather. “Rescue operations are underway, we have so far rescued several people and eventually we will make sure we have rescued everyone and removed the airplane out of the water,” local police commander William Mwampaghale told CNN. “Those who have been rescued have been taken to our referral hospital.”