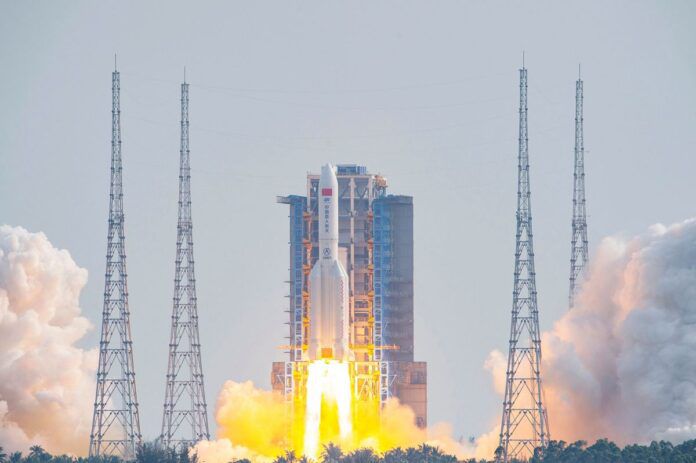 China’s latest piece of uncontrolled space junk hit the Pacific Ocean 620 miles off Acapulco in the Pacific Ocean on Friday, but the most serious impact was on the other side of the world. Spain briefly closed large areas of its airspace on Friday morning when a Chinese booster rocket used to propel a section of the country’s space station began breaking up in the atmosphere, according to simpleflying.com.

“Due to the risk associated with the passage of the space object CZ-5B through the Spanish airspace, flights have been totally restricted from 9:38 a.m. to 10:18 a.m. (0838-0918 GMT) in Catalonia and other communities,” Catalonia’s emergency services said in a tweet. Three other jurisdictions also closed airspace. The short closure canceled dozens of flights and delayed hundreds of others. Many flights were diverted and it took most of the rest of the day to sort out the fractured schedules.